If you didn’t know already, September is a pretty important month in Chile, and Chileans like to celebrate big time. Fiestas Patrias (September 18th and 19th) are the main reason for all of this excitement. Most Chileans look forward to these holidays and happily come together with their families to eat, drink, and party. So, in honor of Fiestas Patrias and all things Chilean, I’m celebrating some of my favorite Chilean photographers on Instagram. Hopefully, these Instagrammers will inspire your wanderlust, and you’ll enjoy their photos as much as I do!

Andrés is one of my favorite Chilean photographers for many reasons. By his own account, he only considers himself to be an enthusiast. Nonetheless, I find his photography to be stunning (and so do his 50k+ followers on Instagram). What particularly strikes me about Andrés’ photography is his ability to capture candid portraits seamlessly. You can see this yourself in the photo below, one which Andrés states is his favorite.

A native of Santiago, Chile, Andrés loves to walk through the city as If he had never done it before, always with a camera in hand and never knowing when a picture might appear before his eyes. When asked about his favorite thing to photograph, he states, “I don’t have a preference. If I’m in the countryside, I take pictures of the environment and the animals. If I’m in the city, I take pictures of buildings and streets, graffiti, and façades, but I always want people to be in my pictures for my pictures to be human.”

For further inspiration, I urge you to take a look through his gallery as well as his alternative account, @dominio_bw. Andrés plans to celebrate September 18th with his family, friends, “asados” (the Chilean version of a barbecue), and plenty of “terremotos”.

What immediately grabbed my attention about Josefina’s gallery were her stunning landscape photos. These captures demonstrate Josefina’s deep connection with nature. A daring adventurer, she hasn’t settled down since graduating last year and spent five months living in Chilean Patagonia and three months living in Cusco, Peru. Currently, she’s in Santiago, Chile crafting beautiful jewelry pieces that you can find on her secondary account, @josefinapolanco_.

When asked about how her interest in photography began, Josefina says, “[…] it began along with my interest in traveling. When I started to realize the types of landscapes that there were in Chile, I couldn’t believe it. I felt the need to show this to others so that they would realize that we have dream destinations here in our own country. Many people aspire to visit places abroad and spend a lot of money on their trips when the real treasure is right next to us.” I couldn’t agree more, Josefina!

As far as her celebrations for “el dieciocho”, she plans to follow her wanderlust to the South of Chile, including Chiloé, Futaleufú, and Conguillio National Park. If you enjoy Josefina’s gallery, make sure to check out her favorite accounts, too: @alexstrohl, @remybrand, @daniel_ernst, @shortstache, and @ness_farmilo.

Daniel’s feed is a pleasure to scroll through and explore. He seems to capture the streets of Santiago and what city life is like with a certain flair. As a child, Daniel was always fascinated by the process of taking a picture and having to wait to develop the camera film to see the final result. However, his deep interest in photography didn’t truly spark until he opened his Instagram account and began to experiment with different styles, perfecting his eye for photography.

Daniel’s photos focus on a mix of graffiti/murals, architecture, urban landscapes, and trips. However, street art may be his favorite. On this, he says, “It’s a form of art that’s short-lived. I like to document and share street art so that it’s not forgotten.”

Daniel has recently started a new project, Lado Humano (@ladohumano), where he focuses on black and white portraits. As far as his plans for the holidays, Daniel typically spends this time with his family and empanadas, “terremotos”, and good BBQ. He hopes to also go to a fonda but says that he’ll have to take cueca classes first. Don’t worry, Daniel, I need cueca lessons too!

Juan Cristóbal has been one of my favorite accounts to follow on Instagram for a while now, mainly due to his jaw-dropping sunset photographs. As a photographer, I find that he has the gift to make Santiago beautiful. Sometimes I think we overlook the beauty that a city can have, but Juan Cri never seems to make this mistake. In fact, in his group of friends, he is known for taking pictures of things that don’t usually catch other people’s attention. Juan Cri was able to further develop his skills by taking an online course with Shaw Academy and now plans even to sell prints of his gorgeous captures.

All it takes is a glance through Juan Cri’s gallery to realize that he is particularly talented when it comes to sunsets, symmetry, architecture, and light-trails (you can see all of this demonstrated in the picture above). So, how exactly does he do this? “I like to photograph Santiago (or wherever I am) from a point of view that people don’t usually know/see,” Juan Cri says, “this means waiting for the exact moment someplace on cerro San Cristóbal or Calán (my favorites), or seeking a different angle for places that we’re already familiar with.”

If you’re interested in learning a bit of Santiago culture, he recommends the account @SantiagoAdicto. Juan Cri plans to spend his long weekend with friends in Santiago and plenty of “piscolas” to celebrate.

Alex is a photographer and graphic designer who also happens to organize Instameet Chile. A lover of urban and architectural photography, his interest was sparked when he decided to get to know his own city. He explains, “exploring places and living the experience of becoming familiar with them poses a much more difficult challenge than just proving that we’ve been there.”

A faithful participant in the Instagram community, Alex recently traveled to Argentina by himself to meet a fellow photographer, @lautaro1989. Previously, these two had been friends through Instagram but had never met in real life. Nonetheless, they quickly developed a friendship in person. 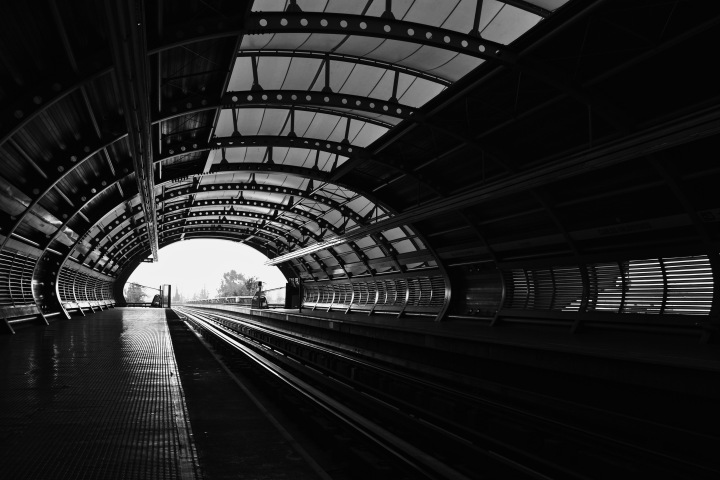 The above photo is Alex’s favorite. Why? He feels that the metro station in black and white reflects the quiet moments of solitude that he so enjoys in his day-to-day. For those of you who are Instagrammers in Chile, I’d recommend checking out Alex’s gallery as well as his information for the next Instameet Chile.

However you plan to spend your long weekend. I wish you felices fiestas patrias. Have fun, stay safe, and don’t drink too many “terremotos” ;). 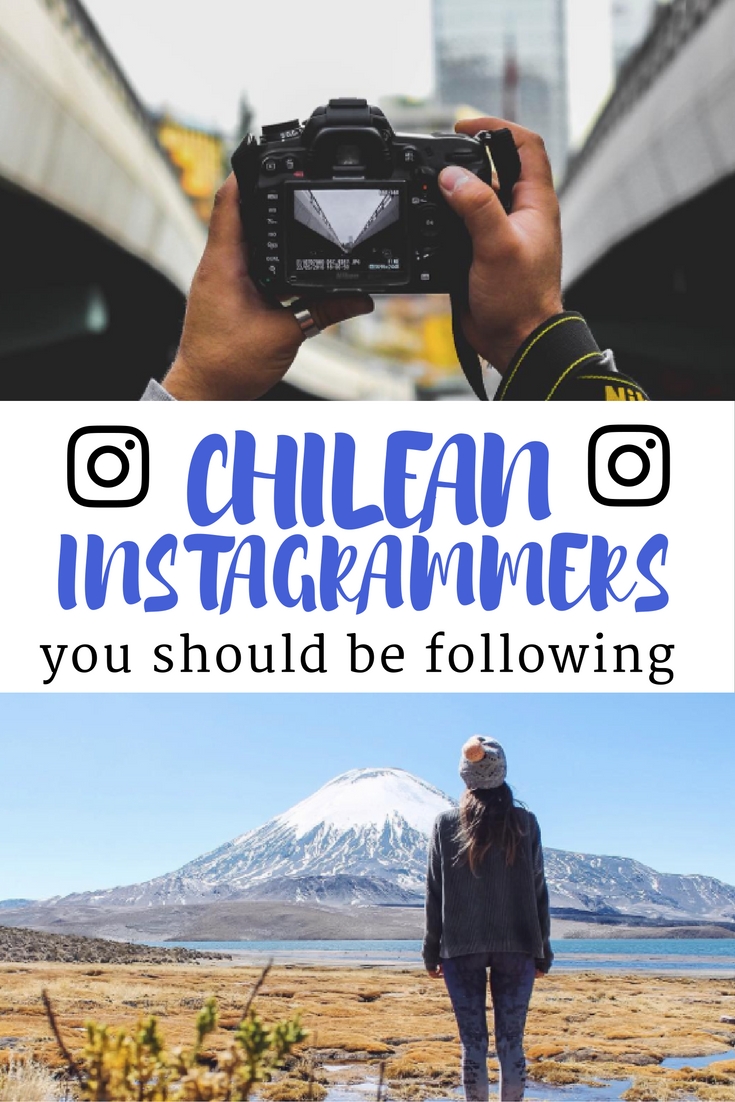 I absolutely LOVE all of your posts about Chile! I am planning on studying abroad in Santiago this summer and find your posts very helpful and exciting to read! Thank you for sharing!!

Wow, what a cool list! I loved scrolling through and seeing some of these photographers' work. And after spending some time in Chile, it was exciting to see some of the shots and be transported back! Thank you for sharing :)