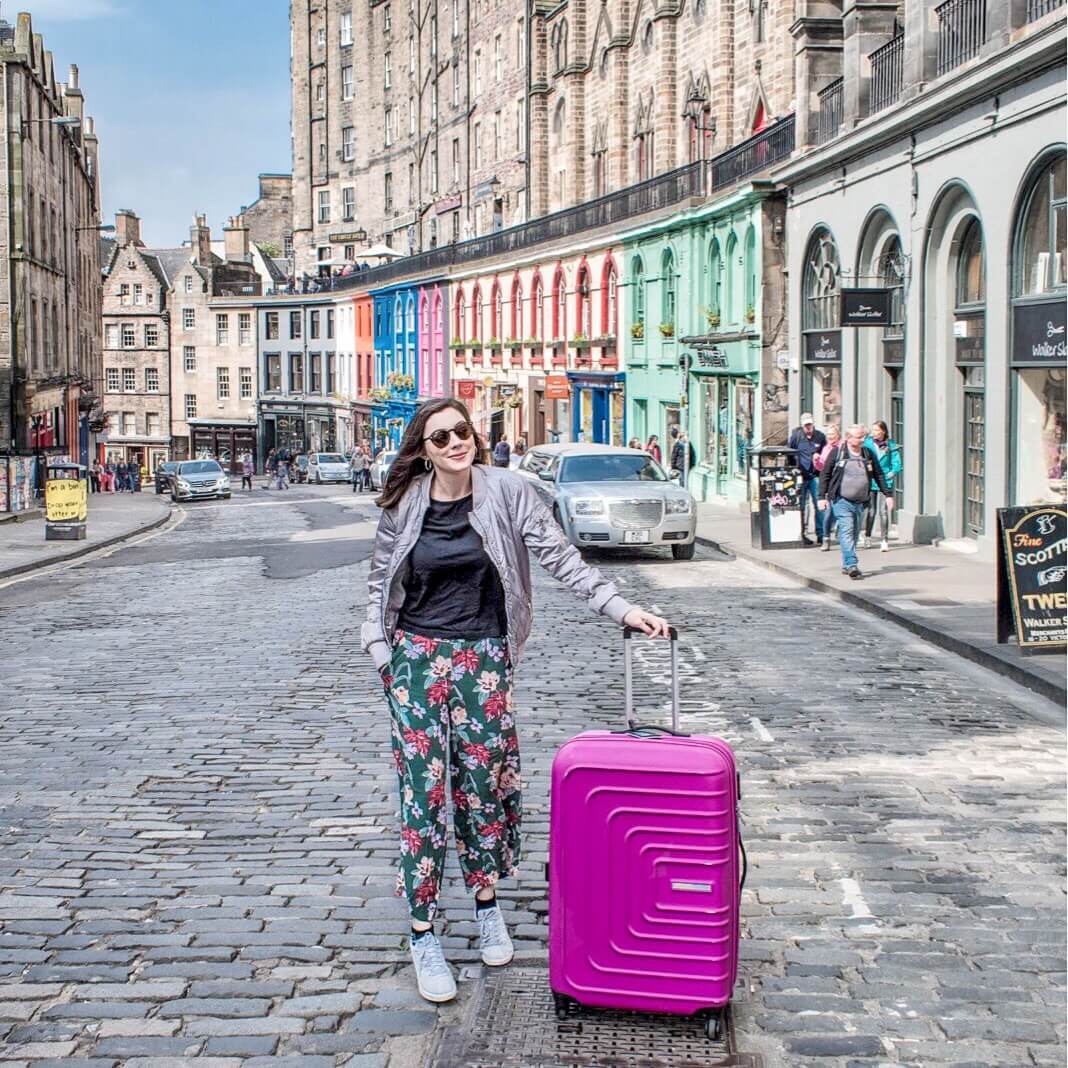 Whether you’re traveling to Scotland soon or just dreaming about seeing the Highlands for the first time, a book is a great place to get your wanderlust fix. You may want to start with the most famous Scottish writers, like Robert Louis Stevenson, Sir Walter Scott, or even Robert Burns. If you prefer historical fiction, the Outlander series has convinced many readers to add Scotland to their bucket list! No matter your favorite genre, this lineup has a book for everyone. We’ll cover 25 books to read before visiting Scotland, including classics, historical fiction, mystery, travel, and history books.

“You suffer from the oldest delusion in politics. You think you can change the world by talking to a leader. Leaders are the effects, not the causes of changes.”

We’ll start this list with one of the most influential Scottish novels of the 20th century. Lanark begins with a man waking up on a train with no memory of how he got there. Throughout the novel, Gray combines realism and dystopian surrealism as he paints a picture of his hometown: Glasgow. If you like stories that play with linearity, you’ll love this one.

“There are two things that men should never weary of, goodness and humility; we get none too much of them in this rough world among cold, proud people.”

Kidnapped follows 17-year-old David Balfour after, in a twist of bad fate, his parents die, and he’s sold into slavery by a jealous uncle. Luckily, with the help of a new friend (who also happens to be a fugitive Jacobite), David escapes to the Scottish Highlands. As you can imagine, this is an interesting place to be in 1751–just a few years after the Jacobite rising. From start to finish, Kidnapped is an enthralling tale of adventure. Plus, it has a sequel!

To the Lighthouse by Virginia Woolf

“What is the meaning of life? That was all- a simple question; one that tended to close in on one with years, the great revelation had never come. The great revelation perhaps never did come. Instead, there were little daily miracles, illuminations, matches struck unexpectedly in the dark; here was one.”

In Part 1, we’re introduced to the Ramsay family, who are visiting their summer home on the Isle of Skye. You’ll find that this novel is mainly written as certain characters’ thoughts instead of much outward dialogue or action. As a general theme, To the Lighthouse contemplates life, the passing of time, and the complexity of human relationships. This Virginia Woolf novel is definitely considered a classic for a reason!

The Prime of Miss Jean Brodie by Muriel Spark

“To me education is a leading out of what is already there in the pupil’s soul.”

Miss Brodie is an unorthodox teacher at the Marcia Blaine School for Girls in Edinburgh. As you may have guessed from the title, she’s also in her prime. Therefore, to share her particular knowledge, Miss Brodie chooses six elite students to become “the Brodie set”. Throughout the novel, we see how Miss Brodie’s influence follows these impressionable girls through life–and causes one of the group to eventually betray her mentor.

“There is no better antidote against entertaining too high an opinion of others than having an excellent one of ourselves at the very same time.”

Originally published in 1814, Waverley relates the story of an English soldier by the same name. Set during the Jacobite rising of 1745, Edward Waverley finds himself struggling to choose a side between the English and the loyalists supporting Bonnie Prince Charlie.

Outlander series is a fun blend of historical romance and science fiction (time travel). Claire Randall, a nurse in 1945, walks through a standing stone and is transported back in time to 1743. She finds herself completely out of place in the Scottish Highlands as the country is on the brink of a rebellion. Love, rich historical detail, and action-packed scenes will capture any reader and make you want to continue the series!

Based on a true event–the Massacre of Glencoe in 1692–this novel follows Corrag, a woman condemned for her involvement in the slaughter and accused of being a witch. While awaiting her death, she agrees to share her version of what happened with Charles Leslie, an Irish Jacobite. The vivid descriptions and beautiful writing make Corrag a heroine that readers won’t soon forget. Please note that Corrag has two alternate titles: The Highland Witch and Witch Light.

The Game of Kings by Dorothy Dunnett

The Game of Kings is the first book in the Lymond Chronicles series by Dorothy Dunnett. It introduces us to the mysterious Lymond, a young man of many talents, who has unfortunately been exiled from Scotland. Nonetheless, he chooses to return home with a mission that is slowly revealed to the readers. Interestingly, the story takes place as conflict brews between Scotland and England in 1547, while Mary Queen of Scots is just a young child.

The Lost Queen by Signe Pike

Fans of Outlander, Camelot, and the Game of Thrones series will love The Lost Queen. Our heroine in this novel, Languoreth, is the twin sister of Lailoken, the man who inspired the legend of Merlin. Although she falls in love with a warrior, Languoreth is already promised to wed Rhydderch, the son of a Christian king. Set in 6th-century Scotland, we find the country full of superstition and clinging to tradition while Christianity is on the rise.

The Winter Sea by Susanna Kearsley

In this novel, readers follow two protagonists in a dual timeline: Carrie McClelland, a modern-day American author, and Sophia Paterson, Carrie’s ancestor who lived at Slains Castle in the early 1700s. This captivating story explores a lesser-known part of Jacobite history, all while considering the theory of genetic memory.

In Freedom’s Cause: A Story of Wallace and Bruce by G.A. Henty

For Braveheart fans, this quick read about William Wallace and Robert Bruce will be right up your alley. Readers follow a young man named Archie Forbes as he joins up with these legendary Scottish leaders to fight against English tyranny.

Women of the Dunes by Sarah Maine

Women of the Dunes is an exciting tale that weaves together three timelines: a Norsewoman in the 9th century, a servant girl in the 19th century, and a modern-day archeologist, Libby. If you love legends, archeology, and mystery, I definitely recommend picking up this historical fiction novel.

Highland Raven is the first book in a four-part historical fantasy romance series. For fans of Outlander, you’ll love following Gruoch, a young woman from the MacAlpin royal line, as she comes into her own. Essentially, this story is a captivating re-telling of Shakespeares’s Macbeth–except this time we see Lady Macbeth’s perspective. Additionally, there are some paranormal elements thrown into the story!

At the Water’s Edge by Sara Gruen

It’s 1945, and as Hitler wreaks devastation across Europe, three Americans make their way to Scotland to hunt the Loch Ness monster. The descriptions of Scotland and the charming local characters make this book worth a read, even if the main characters can come off as unlikeable.

The Blackhouse by Peter May

Readers will tear through this suspense thriller, starring Detective Inspector Finlay Macleod as he investigates a murder on the Isle of Lewis. He doesn’t realize that the crime is ultimately linked to his own childhood on the island. The smashing success of The Blackhouse led May to write two additional novels in the series: The Lewis Man and The Chessmen.

Following the theme of mystery and crime on a remote Scottish island, Raven Black makes an immersive and thought-provoking read. It all begins when a local teenager is murdered, and suspicion falls upon an elderly outcast, Magnus Tait. With the many twists and turns in this novel, you won’t see be able to predict the ending!

Knots and Crosses by Ian Rankin

For lovers of mysteries and crimes, Knots and Crosses is a great place to start when looking for books about Scotland. Following Detective John Rebus, a relatable Edinburgh cop, this series will seriously suck you in. While a serial killer is on the loose in the city, Rebus begins to receive strange letters with cryptic messages. Why is Rebus receiving these letters, and how is the murderer linked to it all? You’ll have to read to find out!

Welcome to 44 Scotland Street, where readers are introduced to the vivid residents who call this building home. Eventually, these characters come together to solve a mystery involving a painting. Originally published in The Scotsman over a series of six months, you can’t get much more Scottish than this!

Jamie, a Scottish poet, provides readers with a soothing collection of essays to introduce us to her home country. Especially if you have an upcoming trip to Scotland, this book will help you dream about exploring and getting lost in places like Fife, the Orkney Islands, and Edinburgh.

Love of Country: A Hebridean Journey by Madeleine Bunting

Journalist Madeleine Bunting heads to the Hebrides and attempts to immerse herself as much as possible. During her adventures, Bunting describes the history, folklore, and religion of this diverse archipelago, tying in its importance to Scotland as well as to Britain as a whole.

If you enjoyed the Inspector Rebus novels, you’d love reading about the real places that inspired the series’s events. While the Rebus novels are more focused on fictional mysteries, this book describes Edinburgh and Fife in a way that will convince you to plan a vacation to Scotland.

Mary Queen of Scotland and the Isles by Margaret George

In this historical fiction read, Margaret George tells the tale of one of the most intriguing figures in Scottish history: Mary, Queen of Scots. Although this is a bit longer of a read, it’s worth the time to see Mary come to life in its pages.

After you’ve read the historical fiction account of Mary, Queen of Scots, you may want to give this non-fiction book a read. Although most people are familiar with Mary’s tragic end, you may not know about her earlier life, her marriages that became her undoing, and the rest of her fascinating story.

A History of Scotland by Neil Oliver

Archeologist, historian, and native Scot Neil Oliver takes readers on an entertaining journey through Scotland’s history. All in all, this book makes for an enjoyable lesson on Scotland’s past and is especially informative to read before a trip.

How the Scots Invented the Modern World by Arthur Herman

This book is a compelling read on how Scots have contributed to the modern world. History lovers will adore the detail about radical ideas that actually came out of Scotland!

Leah is a translator and part-time traveler currently based in Santiago, Chile. She loves languages, nerdy history podcasts, and baby talking to every dog she meets. 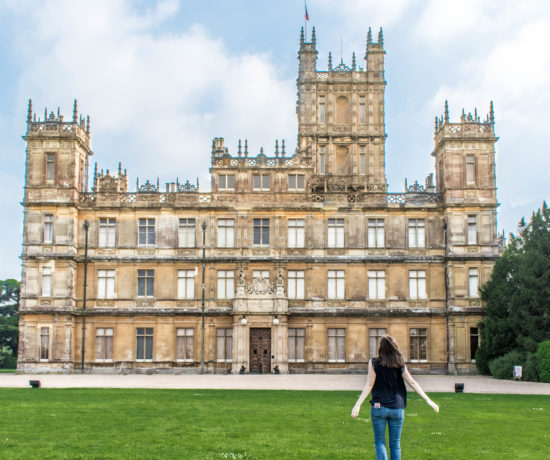 HOW TO VISIT HIGHCLERE CASTLE (AKA DOWNTON ABBEY)

My name is Leah, a 29-year-old who believes you can never be too well traveled or too educated. That’s why I’ve devoted myself to sharing my passion of travel with others. I work full-time as a travel content creator and hope you’ll enjoy following along with my adventures!