If you’re reading this, it looks like you’ve decided on Spain for your next vacation! Here’s the excellent news: Spain is a pretty great destination to visit year-round. Between its mild climate, diverse landscapes and regions, and numerous festivals, you can almost always find something exciting to do. Nonetheless, the best times to visit Spain will vary from person to person, depending on your ideal itinerary. With this in mind, we’ll be diving into the top reasons to visit during each season of the year. I hope that this will help with your planning!

Most people will identify springtime as the best time to visit Spain. This is due to the warm weather, longer days, and a general lower number of tourists during this season in comparison to the summer. Furthermore, several festivals occur in Spain during the spring. For example, Holy Week (Semana Santa) is celebrated throughout the country during the last week of Lent, right before Easter. However, this week brings in thousands of tourists and thus involves paying a much higher sum for accommodations. For a less somber festival, you might want to look into traveling to Seville during the April Fair (Feria de Abril) or passing through Córdoba during the Patio Festival (La Fiesta de los Patios). I highly recommend the latter as this event is entirely free! 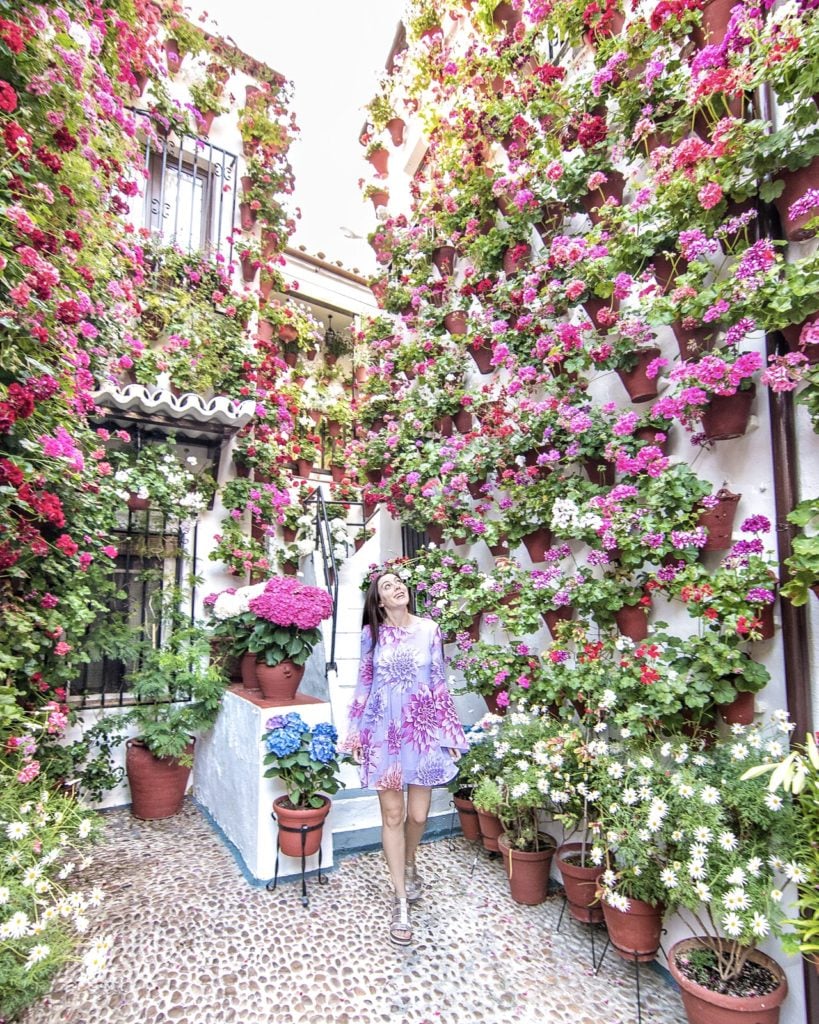 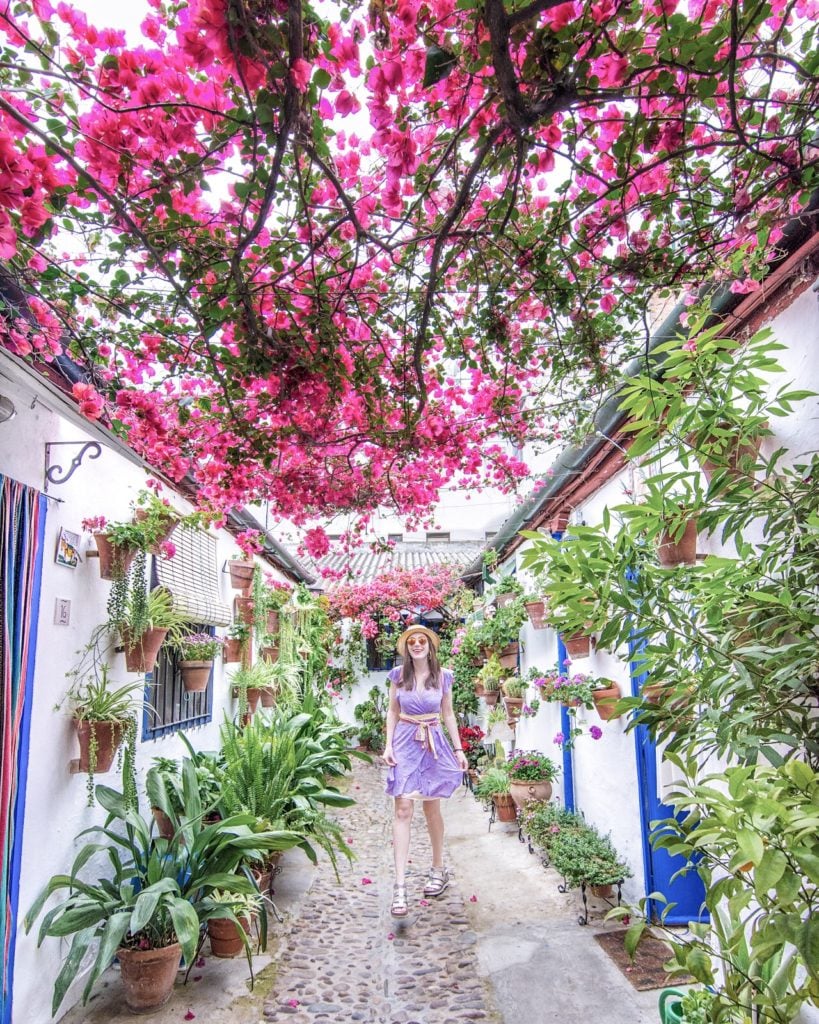 Even if you’re not interested in these events, late spring might be the best time to plan a Spanish beach vacation. While the Costa del Sol is often flooded with visitors during the summer months, spring involves slightly lower temperatures and less crowding. By April, most of the beach towns in Spain are up and running for the season. If you’d like to visit the big cities of Madrid and Barcelona, spring is a great time too. Just be careful to avoid traveling during the school holidays! When packing for a springtime trip, make sure to bring clothes that you can layer. Depending on when in spring you visit, it might still be a little chilly during the morning and at night.

Along with spring, fall is also a “shoulder season” for visiting Spain. This means that you can both avoid the crowds and make your trip budget-friendly too! While you can find the cheapest accommodations in the winter, late fall also sees drops in hotel prices. If you want to catch the last beach weather, early fall is the perfect opportunity for sunny days and quieter tourism. If you’re not concerned with warm weather, Spain also offers some pretty impressive fall foliage. In particular, head to Gorbea National Park, La Rioja Province, Faedo de Ciñera, and Ordesa y Monte Perdido National Park. 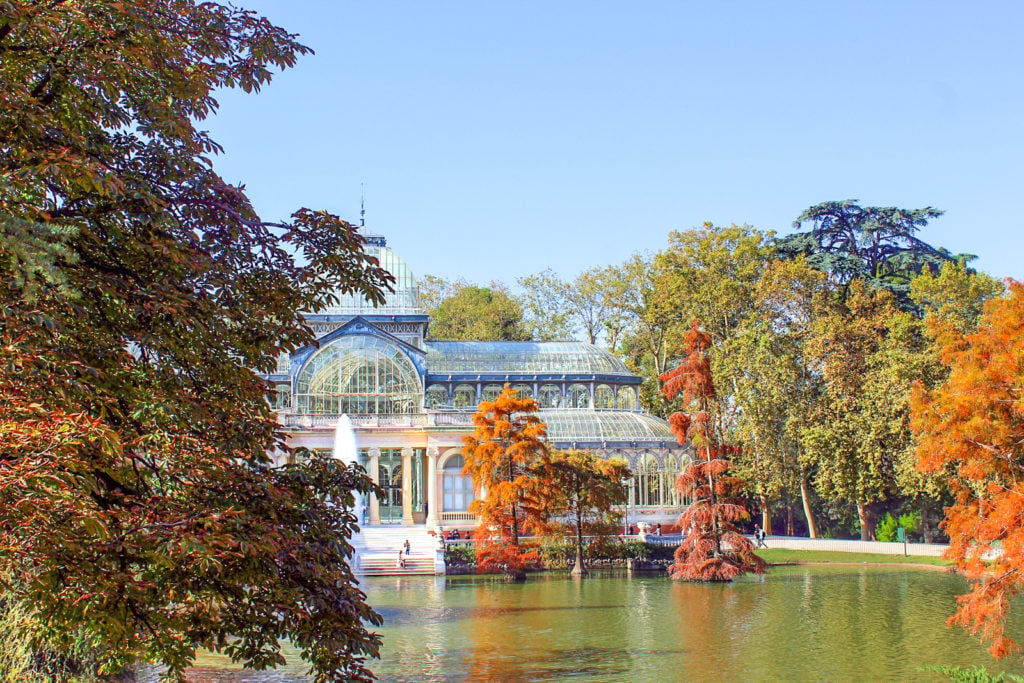 Fall doesn’t offer as many events as spring and summer, but there are still plenty of reasons to visit. For example, the La Rioja Wine Harvest Festival (Fiestas de San Mateo) is during the third week of September. The La Rioja region produces some of the best wine in Spain, so don’t miss your chance to party with fellow wine enthusiasts! If you’re visiting Madrid or Barcelona for the first time, I’d highly recommend planning your trip for late September or October. While the high season for these cities is summertime, the heat can be unbearable, and both popular spots tend to be overcrowded with tourists. Instead of visiting during high season, consider taking a relaxing trip during autumn.

When traveling to Spain in the summertime, make sure to check the average temperature of the city you’ll be visiting. While much of Spain is lovely during the warmer months, summer can also be unbearable without air conditioning in certain areas. Specifically, Andalucía is extremely hot at the peak of summer, while the Basque Country has perfect mild temperatures. Since summer officially marks high season, expect prices of flights and hotels to reflect this. When booking your hotels in Madrid and Seville, double-check that your room will have air conditioning. These two cities can get hot, hot, hot in July! 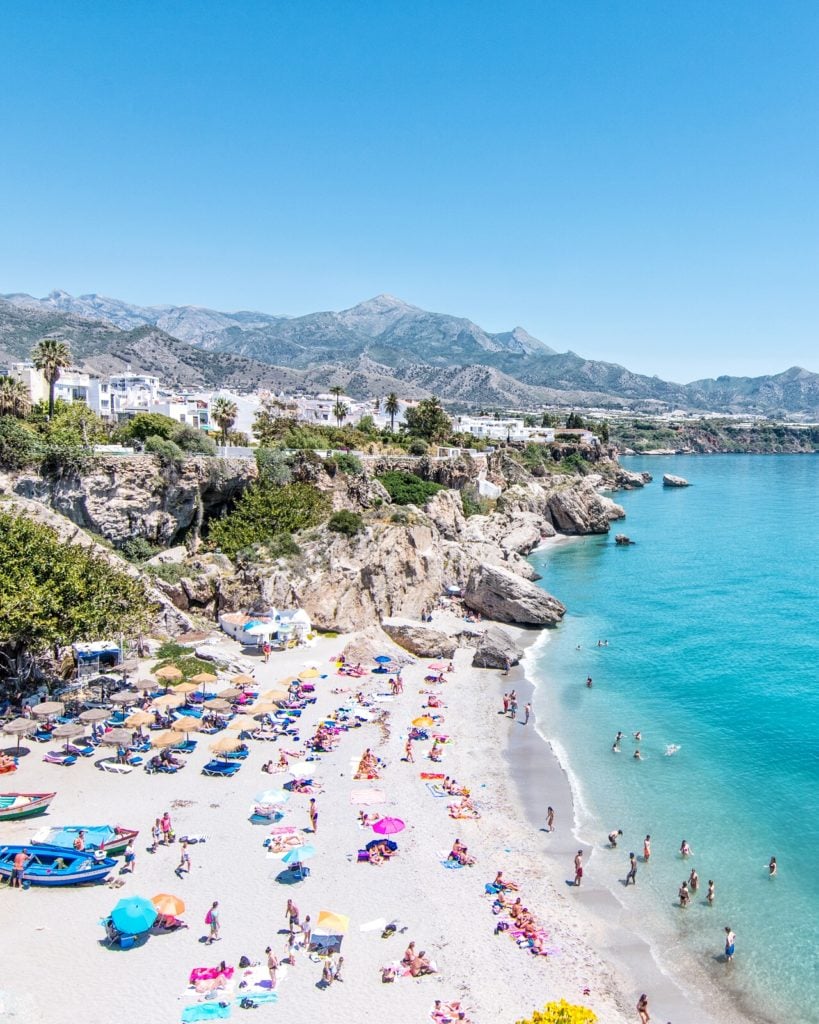 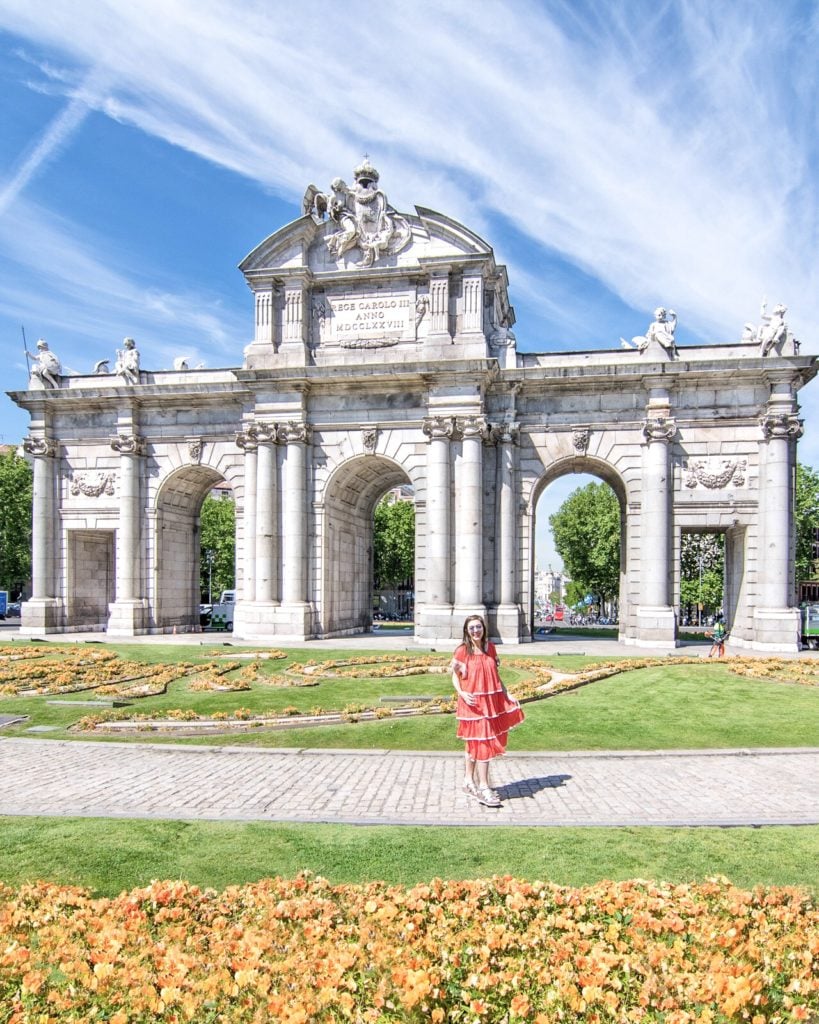 Although summer is pricey in Spain, there are quite a few events that will make visiting in the heat worth it. In particular, the “running of the bulls” (San Fermín) is a considerable attraction in Pamplona. If you’d like to attend, plan well in advance to be in the area in early July. Another popular summer event is La Tomatina in Buñol, Valencia. During this festival, visitors can participate in a massive tomato fight! La Tomatina always takes place on the last Wednesday in August.

Most tourists don’t consider the idea of visiting Spain in the winter. However, this can be particularly recommendable for those looking to save money in the most popular areas. For example, hotel prices are at an all-time low during this season. If you’re interested in the famous Golden Triangle of Art in Madrid, winter is the best time to peruse without crowds standing in your way. To get in the spirit of Christmas in Spain, don’t miss the Artisan Christmas Market in Seville or the Fira de Santa Llúcia in Barcelona. Spain is also considered one of the best winter sun destinations in Europe. 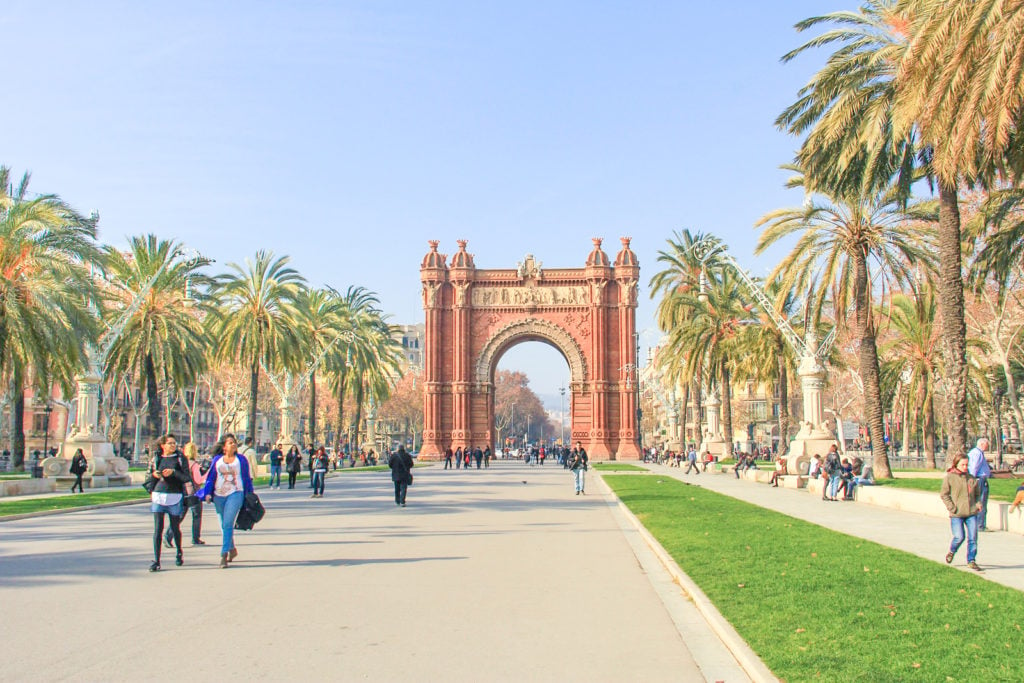 You might not think of Carnival celebrations when you think of Spain. However, many Spanish cities offer rambunctious carnival festivities in February, including Tenerife, Cádiz, Sitges, and Madrid. If you don’t mind a bit of nippy weather, winter is an ideal time to visit Spain and make the most of a budget-friendly vacation!

What do you think are the best times to visit Spain? 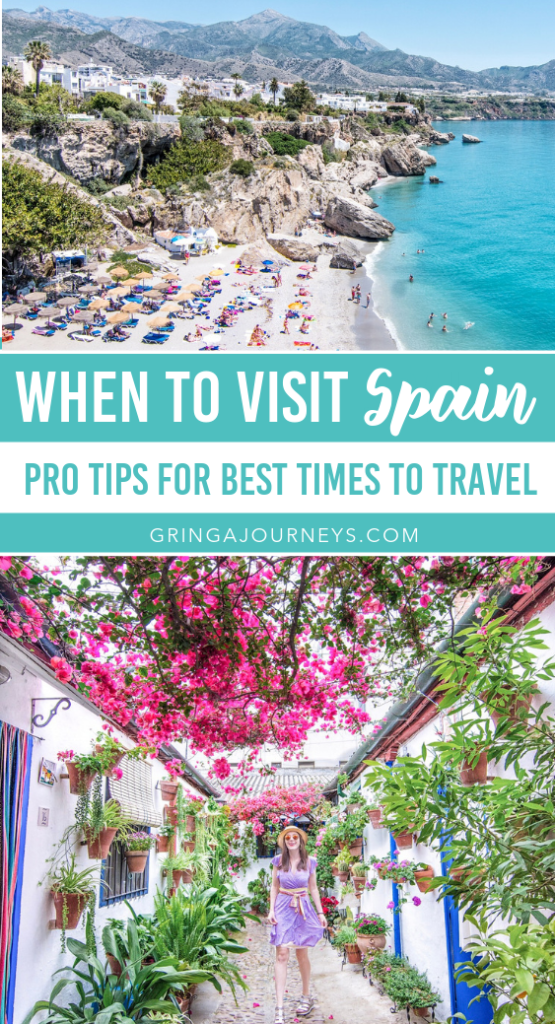 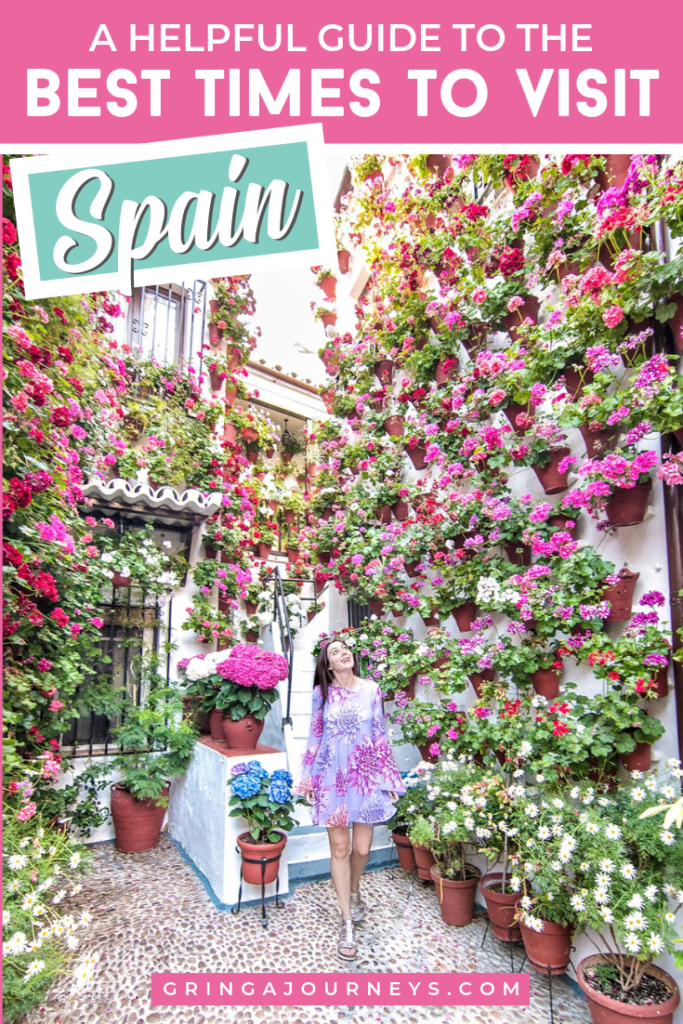