Savannah, Georgia, is one of the top destinations to visit in the United States. If you spend just a few hours strolling this Southern city, it’s easy to see why. Historic homes, plazas with large willow trees, and comfort food are only a few items that draw thousands of people to Savannah each year. If this colonial city is at the top of your bucket list, make sure not to miss these photo-worthy spots. 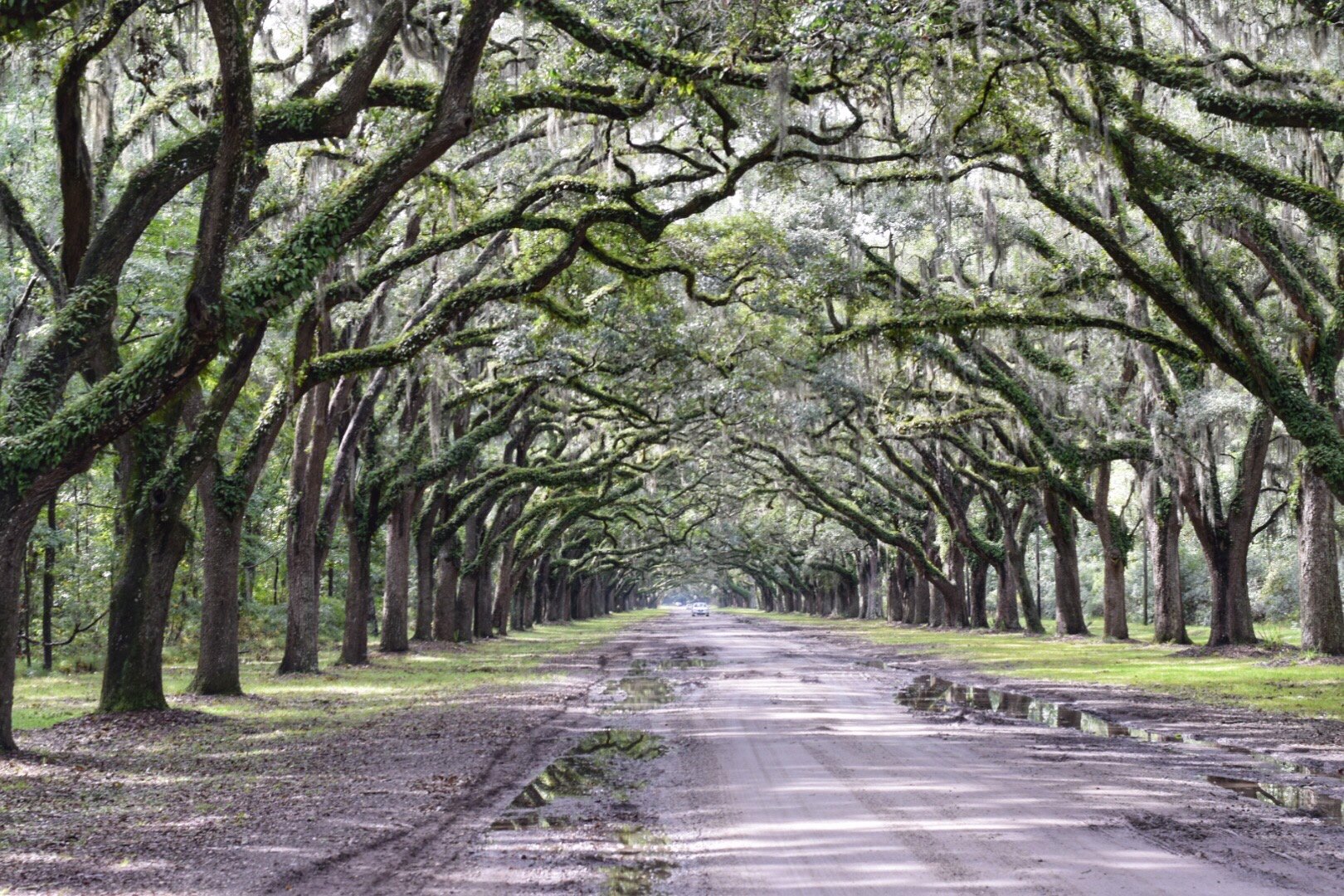 The Wormsloe Historic site and its famous tree-lined driveway are at the top of this list because, well, LOOK at it! This 1.5 mile-long Oak Avenue creates a stunning effect for photographers. Numerous movies have actually been filmed on-site (including Something to Talk About) ! This large estate is part of what remains from the original Wormsloe Plantation, established by one of Georgia’s colonial founders, Noble Jones. Whatever you choose to do during your time in Savannah, I urge you to take the time to peruse the Wormsloe property. 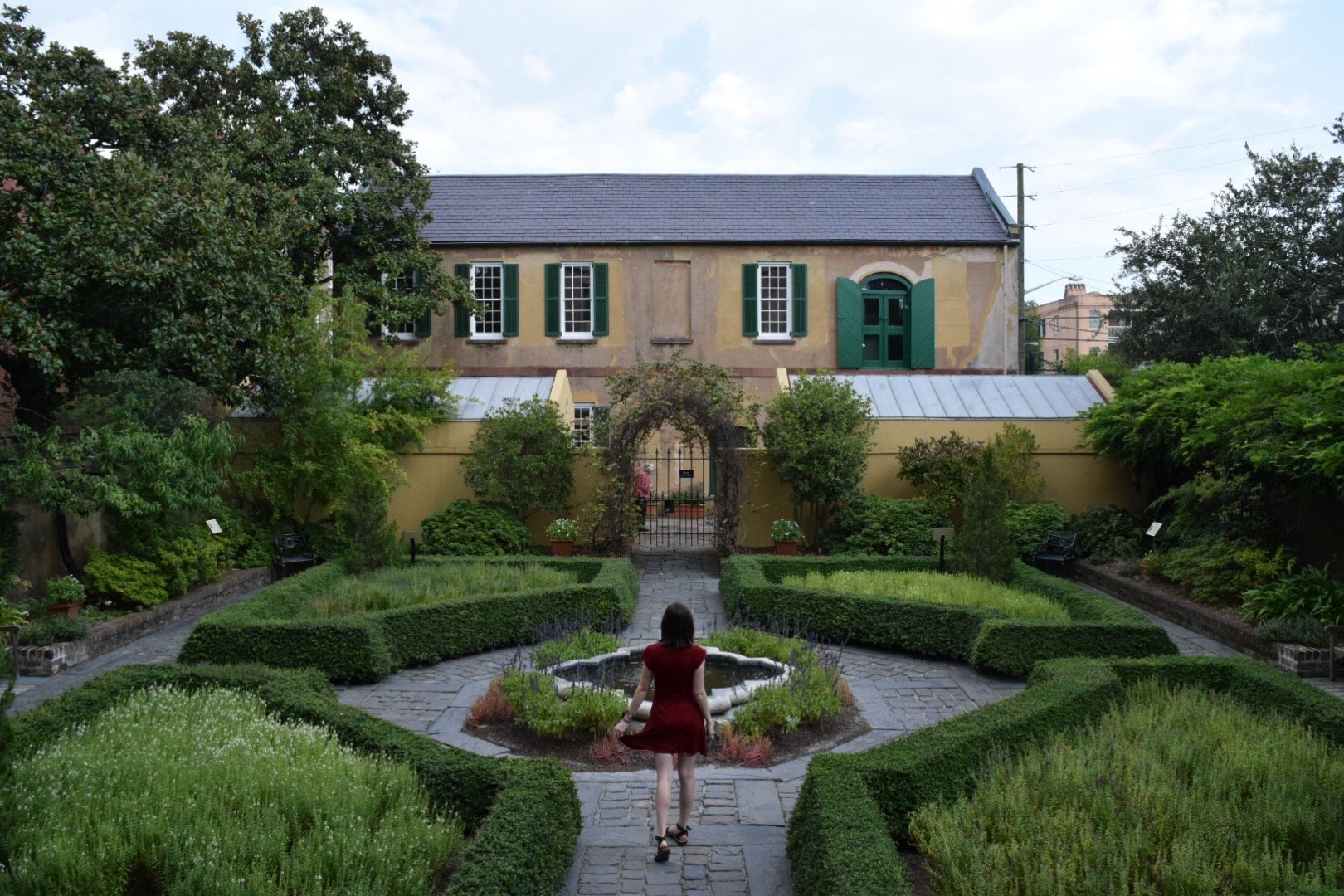 There are sooo many gorgeous houses in Savannah that have been maintained and now serve as historic museums/landmarks. Therefore, it’s kind of difficult to pick and choose which to hit and which to skip. Thankfully, I was recommended the Owens-Thomas House by Visit Savannah. Admission is $20/adult and includes a guided tour that leaves every 15-30 minutes. Hours can be found here. My favorite part of this landmark? The courtyard, featuring a charming parterre garden (pictured above).

YOU MAY ALSO BE INTERESTED IN: THE BEST ROAD TRIPS FROM ATLANTA

Forsyth Park is the perfect place to spend a sunny afternoon relaxing under the shade of the giant oak trees. Occupying 30 acres, this large city park was created to emulate cosmopolitan cities such as Paris, France. The fountain (pictured above) is one of the best-known parts of the park and is dyed green every year in celebration of St. Patrick’s day! 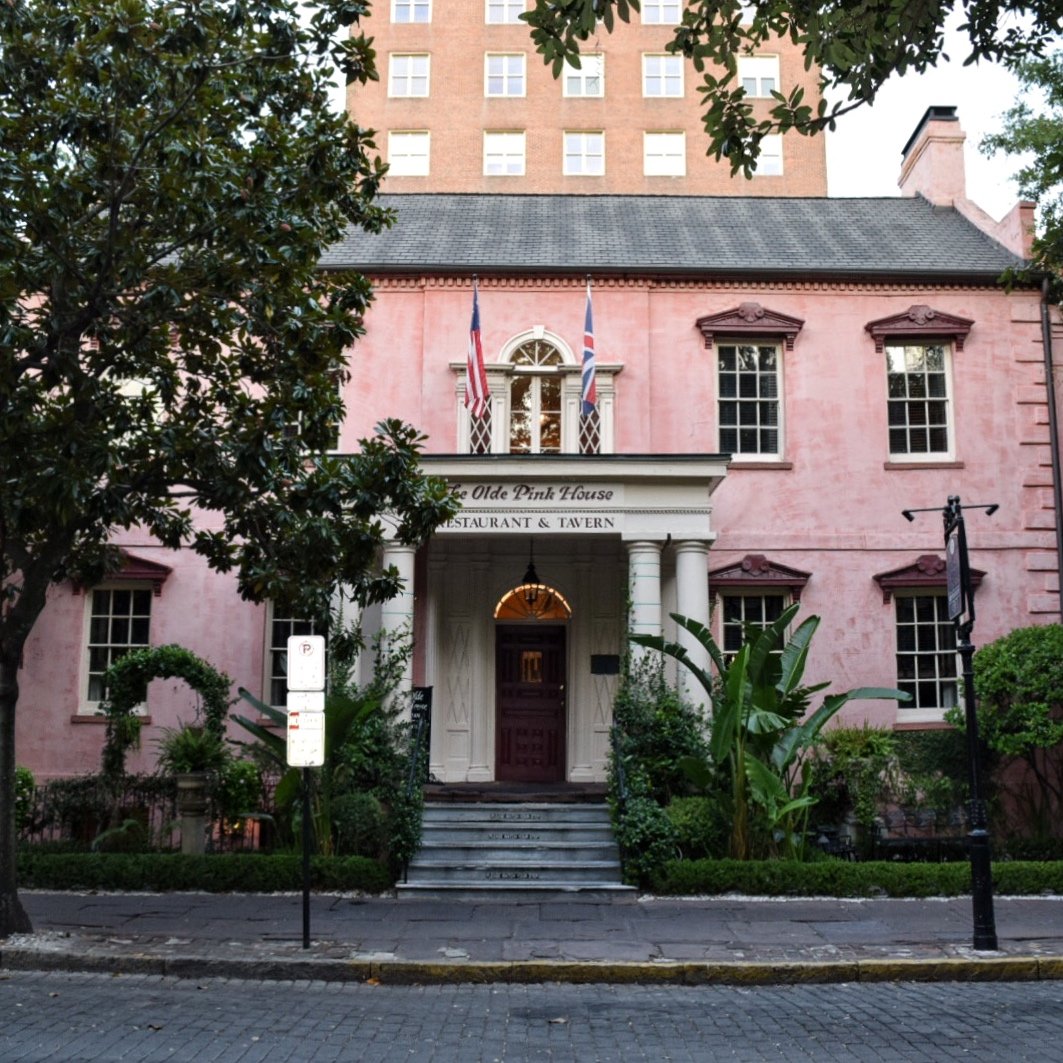 The Olde Pink House is one of the best places to eat in Savannah. This mansion was built in 1771 for James Habersham Jr. and was one of the only buildings in the city to survive the 1796 fire. While the house is known for its rosy color, it wasn’t always this way. In fact, the outside was originally white. The red bricks underneath the white plaster would bleed through, causing the mansion to turn its brilliant pink color. The Olde Pink House isn’t just an attraction for its great food. It’s said that James Habersham Jr. haunts the mansion and frequently locks ladies into the women’s restroom. 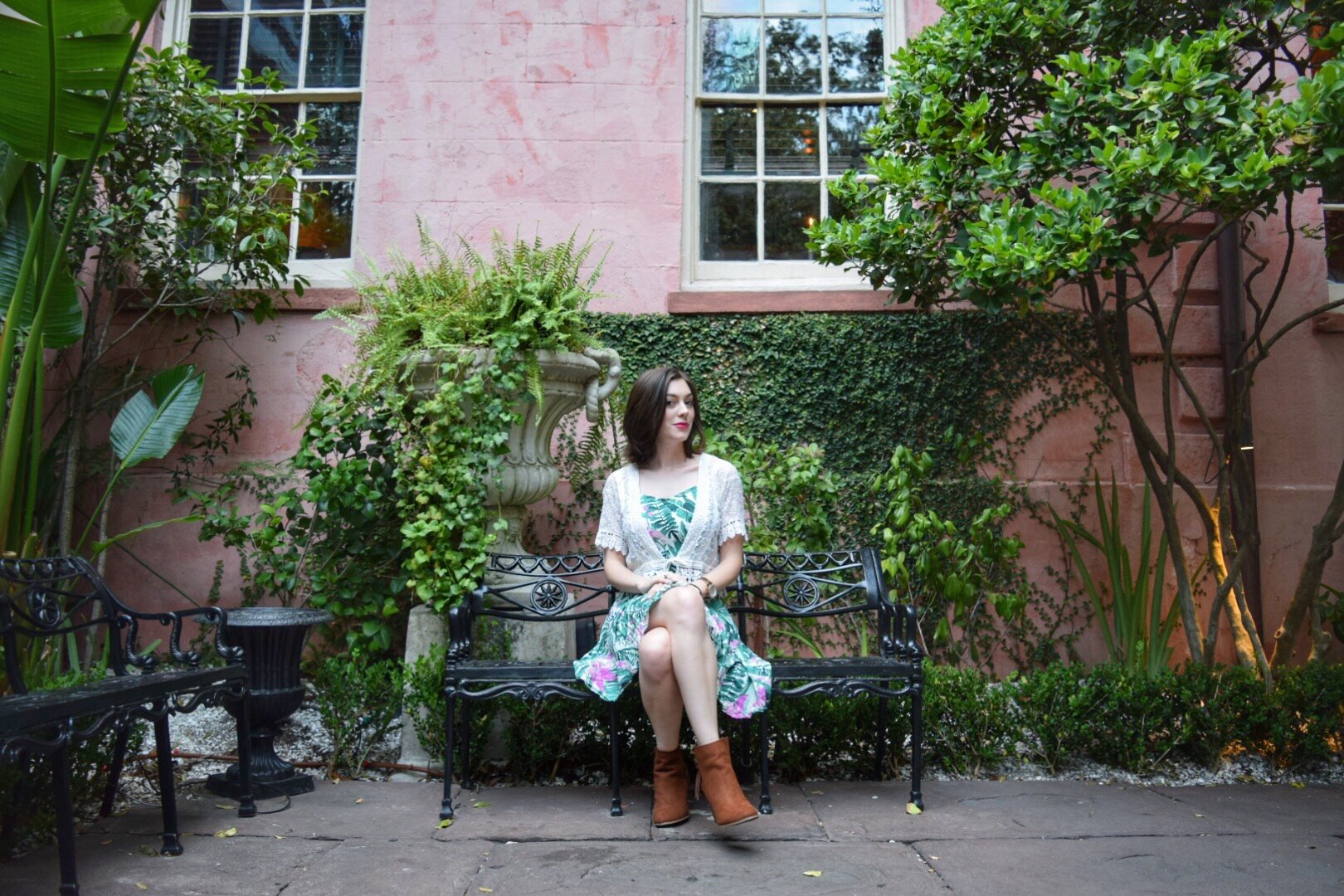 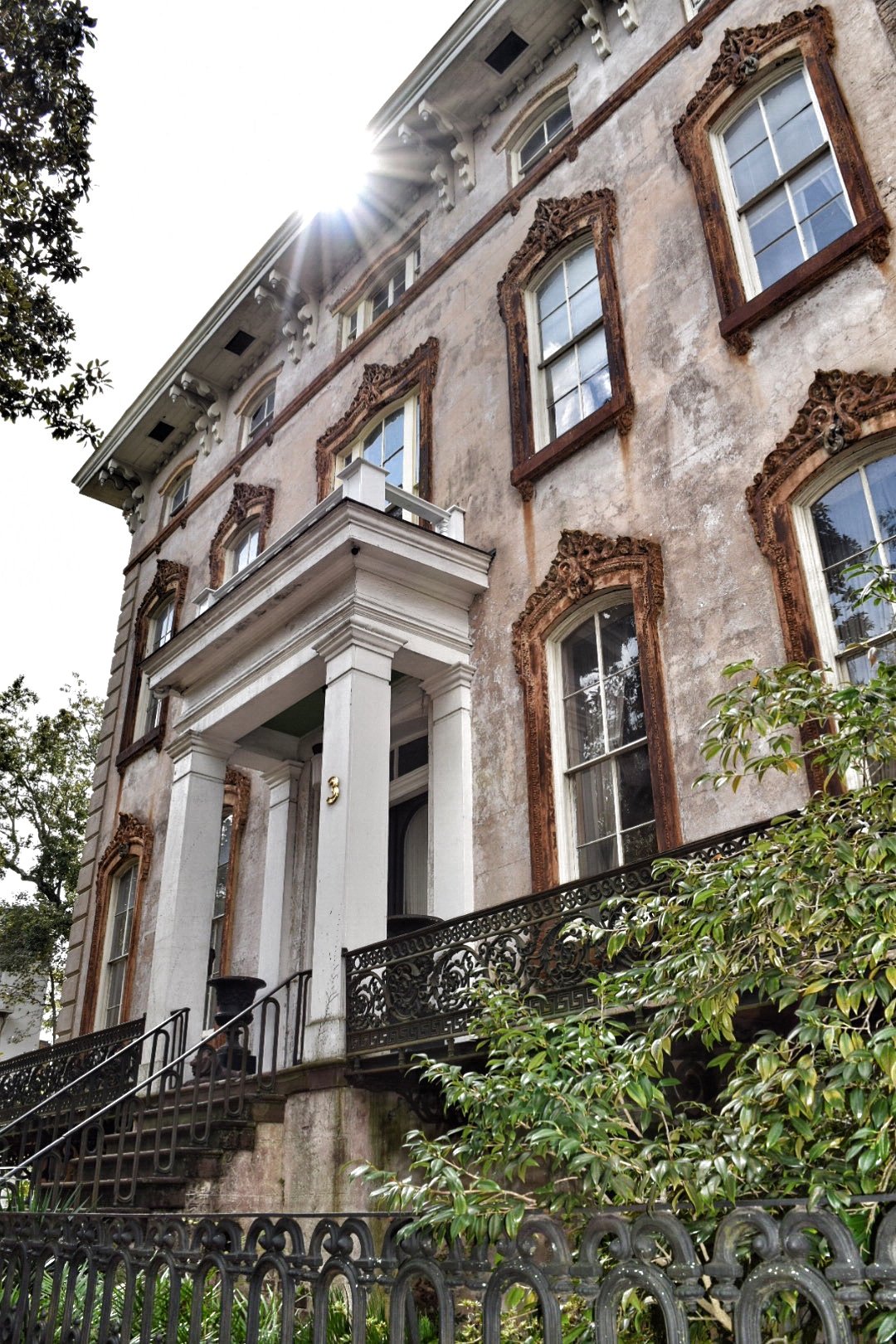 Originally a mansion built for Noble Hardee, this hidden gem is now home to an antique shop. A beautiful cast iron balcony surrounds the building, beckoning visitors to enter. Interestingly enough, the Noble Hardee mansion is one of the few houses in Savannah to be left unrestored. Nonetheless, many Savannah inhabitants believe that the run-down state of the estate adds character and reveals its actual age. If you’re interested in dropping by, you can find Alex Raskins Antiques at 44l Bull Street. 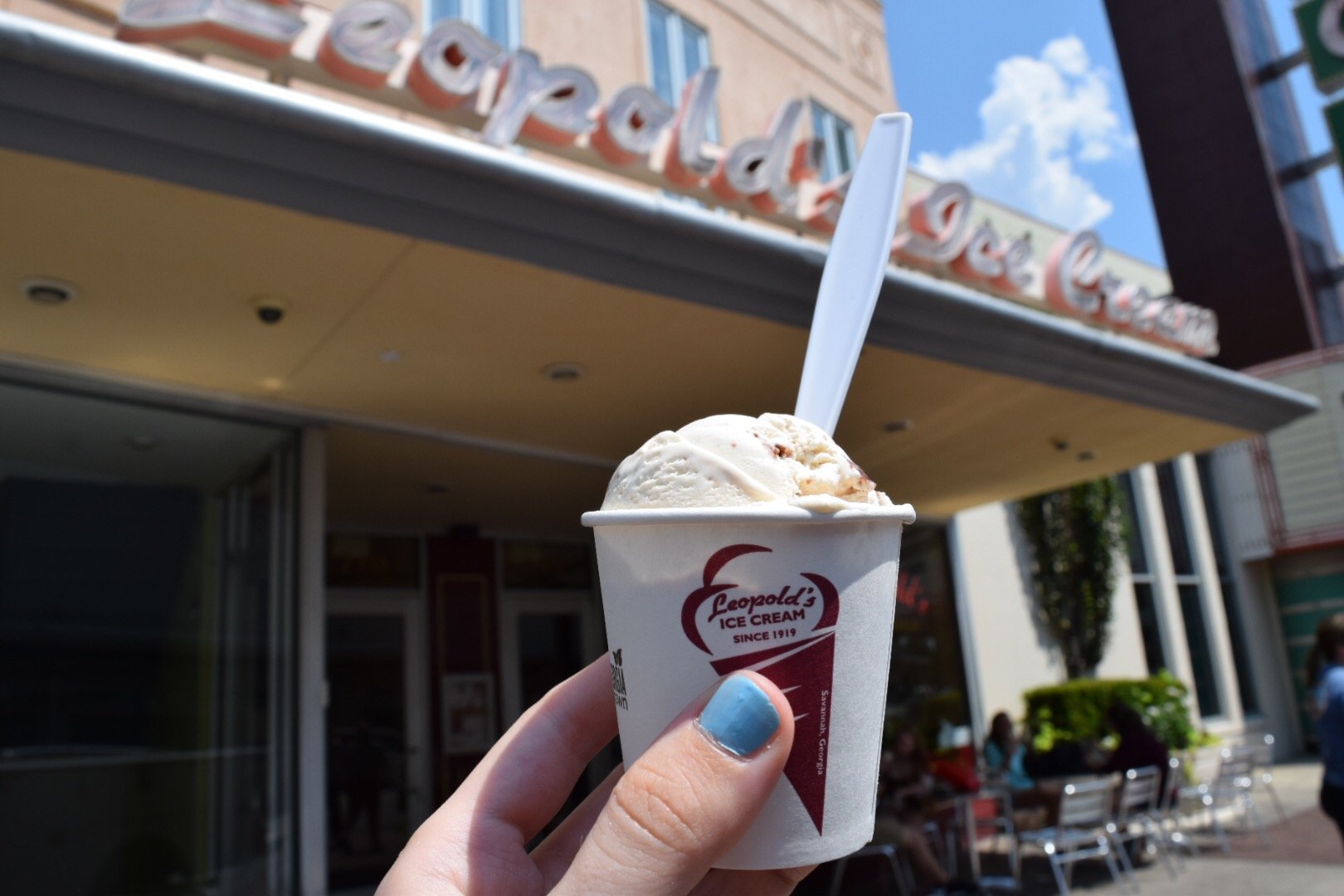 Anyone who’s ever been to Savannah can tell you that a trip to Leopold’s is a staple. This famous ice cream shop has been in the same family since it was founded in 1919 and has managed to keep its recipes secret too! My favorite flavor to order at Leopold’s? Chocolate chewies and cream.

7. The Cathedral of Saint John the Baptist

Did you know that Georgia’s original charter prevented Catholics from settling in the state? At the time, it was feared that Catholics would be likely to side with the Spaniards in Florida. Nonetheless, after the passing of years, this prohibition slowly faded away, leading the construction of Savannah’s Cathedral of St. John the Baptist. The church is now an icon of the city, with 81 gorgeous stained glass windows lining the walls. Many features of the cathedral are a nod towards Savannah’s Irish heritage and Saint Patrick. 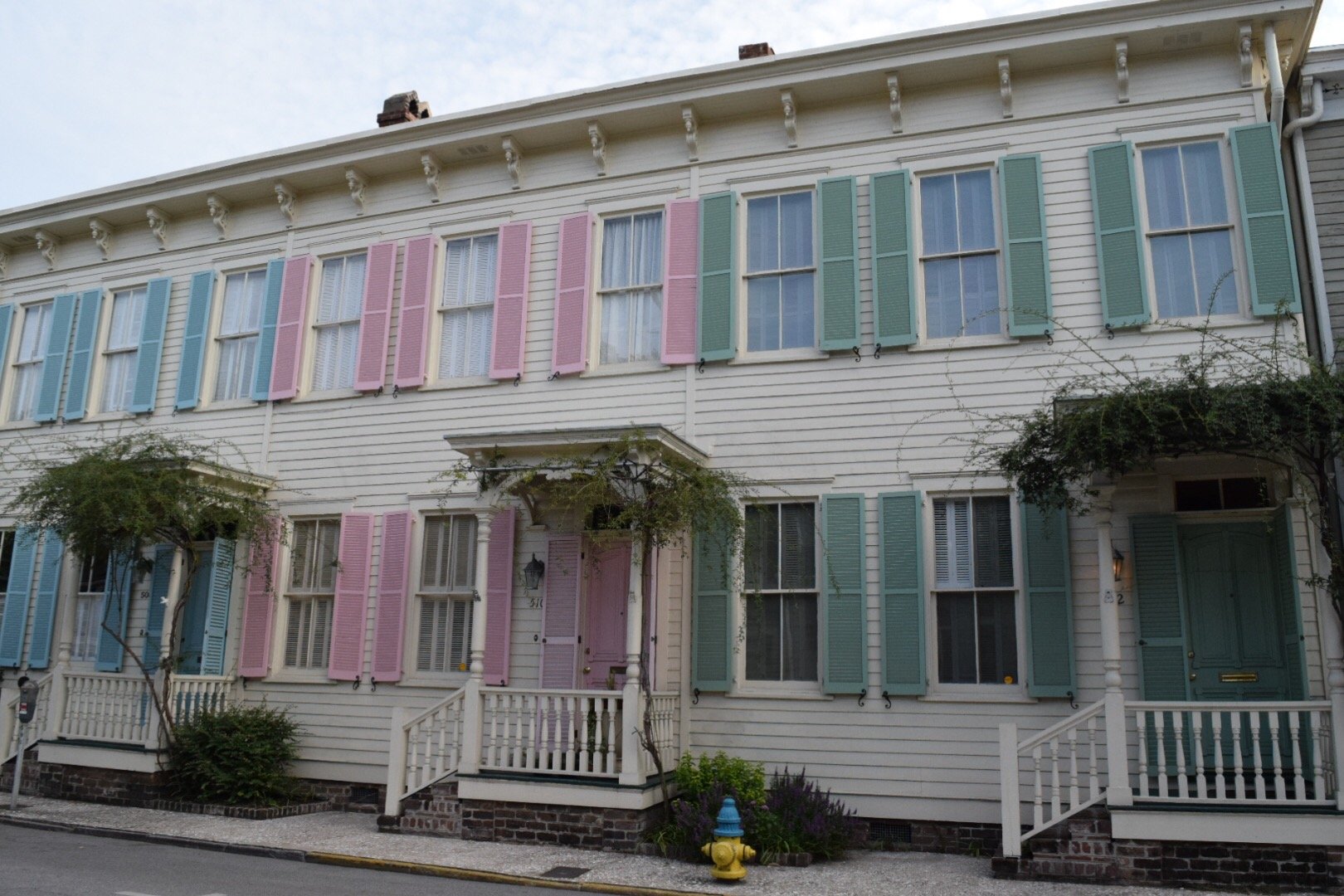 Charleston isn’t the only Southern city with a Rainbow Row. If you like brightly colored houses as much as I do, you can’t miss these triplet houses on East Bryan Street. 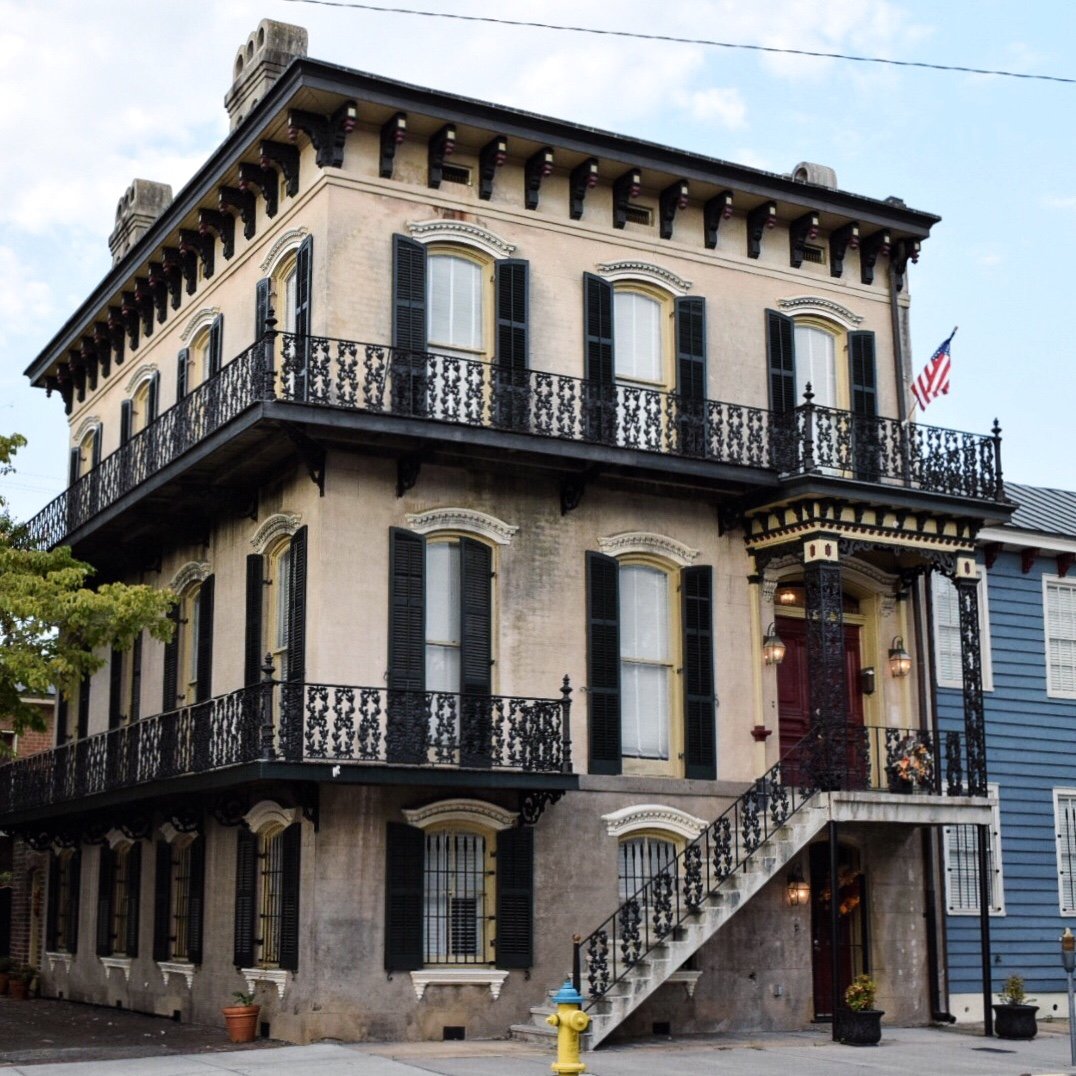 While most of the photo-worthy spots I’ve mentioned are in Savannah’s historic district, these aren’t the only places to see! This region is stunning in its entirety. So, I recommend walking around and exploring it on your own. There are so many beautiful homes to see that are kept up in a fantastic state. To beat the heat and humidity, wake up early in the morning and walk the historic district.

Check out my favorite Savannah travel guides. Click to look inside! 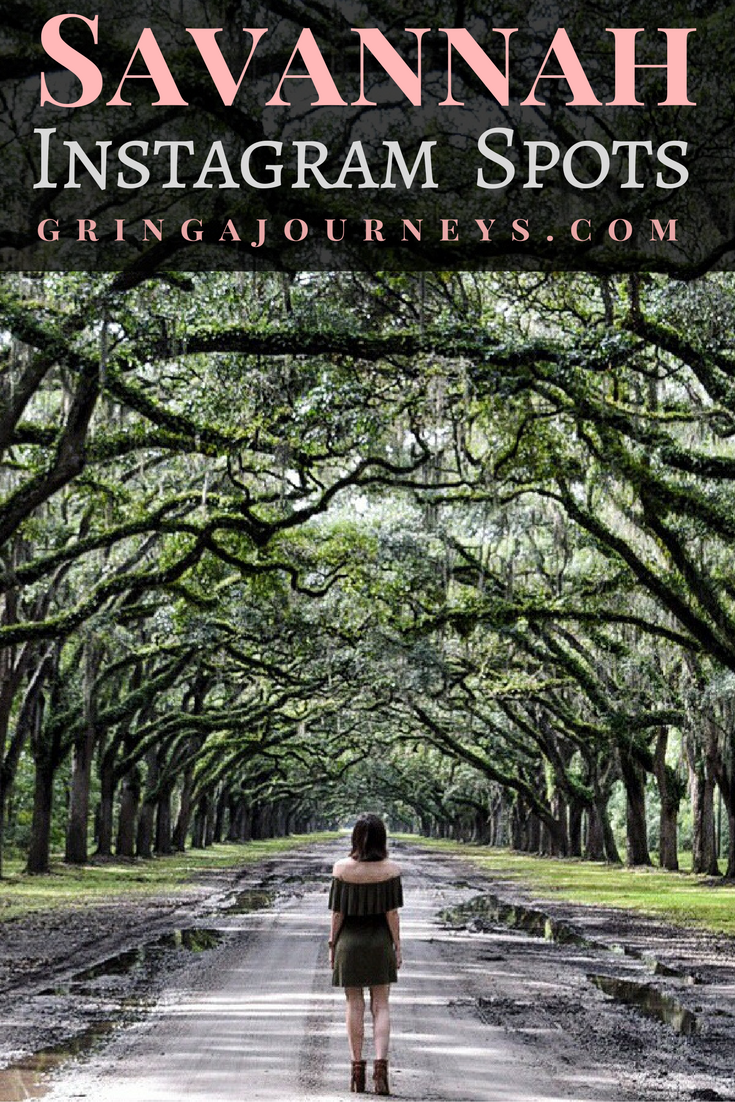 Just down Ferguson Ave from Wormsloe is Bethesda Home for Boys...equally, or more in my opinion, as picturesque. The chapel where Paula Deene was married is on campus there. My husband and I worked there for several years, often tour buses drove thru. You will not be sorry you drove thru!

MY FAVORITE PLACES OF 2016 - Gringa Journeys

[…] I never thought I would be including a destination so close to my hometown on this list! However, Savannah had me hooked after just a few moments in the Historic District. It’s my opinion that no […]

THE REALITY BEHIND MY 2016 BEST NINE - Gringa Journeys

[…] of the Olde Pink House restaurant in Savannah. If you’re heading to Savannah, this spot is great for photos! I will say, you’ll probably want to go at a time of day where the restaurant isn’t […]

I love the city of Savannah! I have been there multiple times! I recommend going to the Gryphon Tea Room, you'll love it there! Oh as well as Riverstreet xx

Yes - Savannah is beautiful and lots of gorgeous architecture. There is so much history, too, which always makes a place more interesting.