Oh, Porto. You indeed are an Instagrammer’s dream come true. Between the buildings dripping with perfectly detailed azulejo and the city’s view of the Douro River, you probably won’t know where to begin. For travelers running short on time but hoping to photograph Porto’s crown jewels, here’s what I consider to be its most photo-worthy spots. 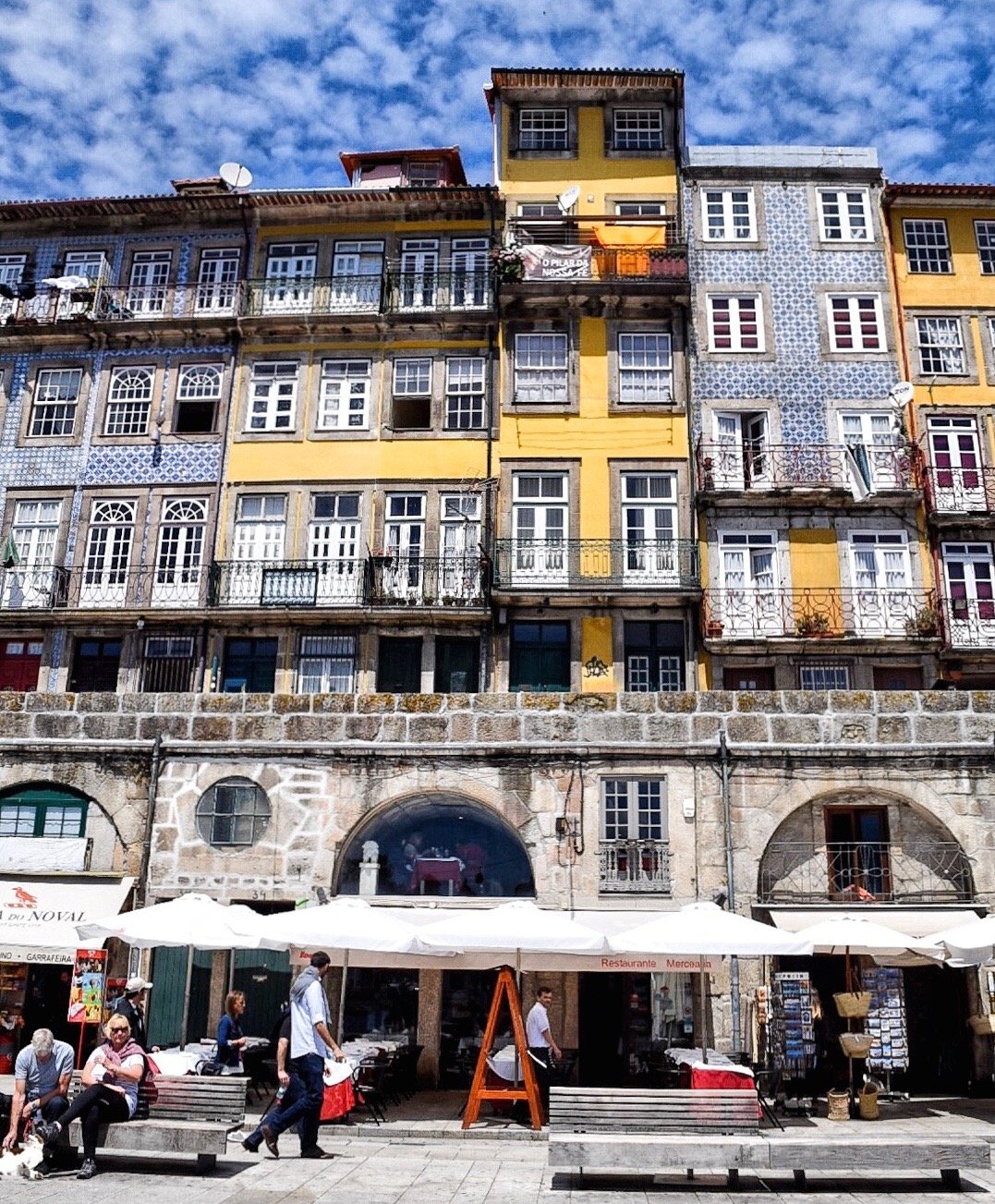 You’ll most likely want to head to the riverfront area of Porto’s Ribeira district, also known as “Praça da Ribeira, for the coolest shots. Beginning in the Middle Ages, this spot was used as a commercial center, brimming with activity in its many shops selling foodstuffs and other goods to Porto inhabitants. In the present, not much has changed. The entire riverfront is filled with cafés and restaurants, convincing many a traveler to stop for a rest and enjoy the view. Not to mention, you get a close-up look at the famous Dom Luís I Bridge. 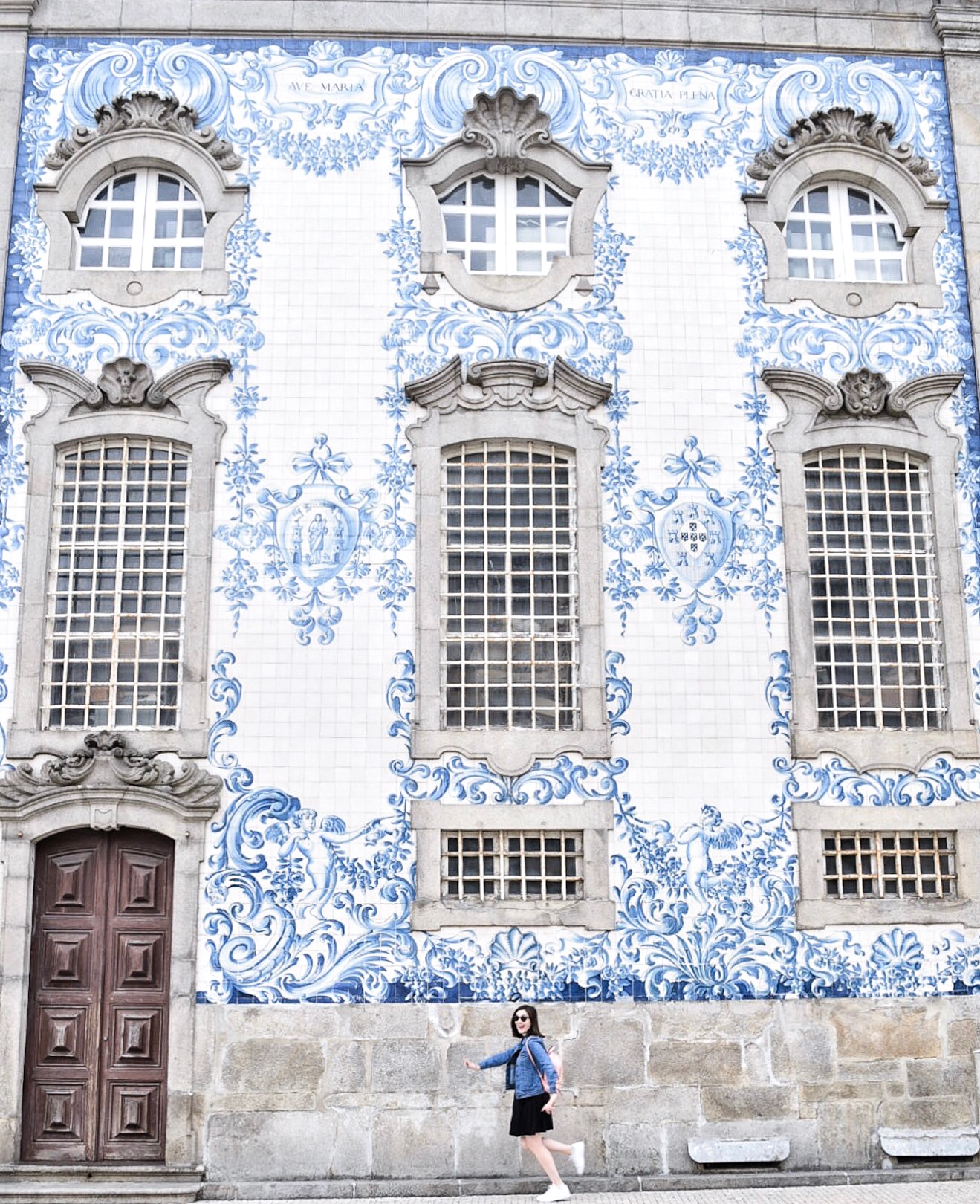 If you went to Porto without taking a photo in front of Igreja do Carmo, did you even go?! This place of worship has some of the best azulejos in Porto and is a can’t miss picture spot. While Carmo church was inaugurated in 1768, the tile panel wasn’t added until 1912. I, for one, am thrilled that it was added because the tiles create a beautiful pop of color on this Baroque-style edifice.

Have you noticed that I’m obsessed with tile yet? If you can’t get enough of that Portuguese azulejo either, make sure to stop by São Bento train station. In fact, if you’re traveling by train from Lisbon to Porto, you’ll most likely pass through the station! The vestibule (where the photo above was taken) contains around 20,000 tiles dating from 1905-1916 (source). If you’re hoping to catch the station without many travelers passing through, I recommend going early in the morning. 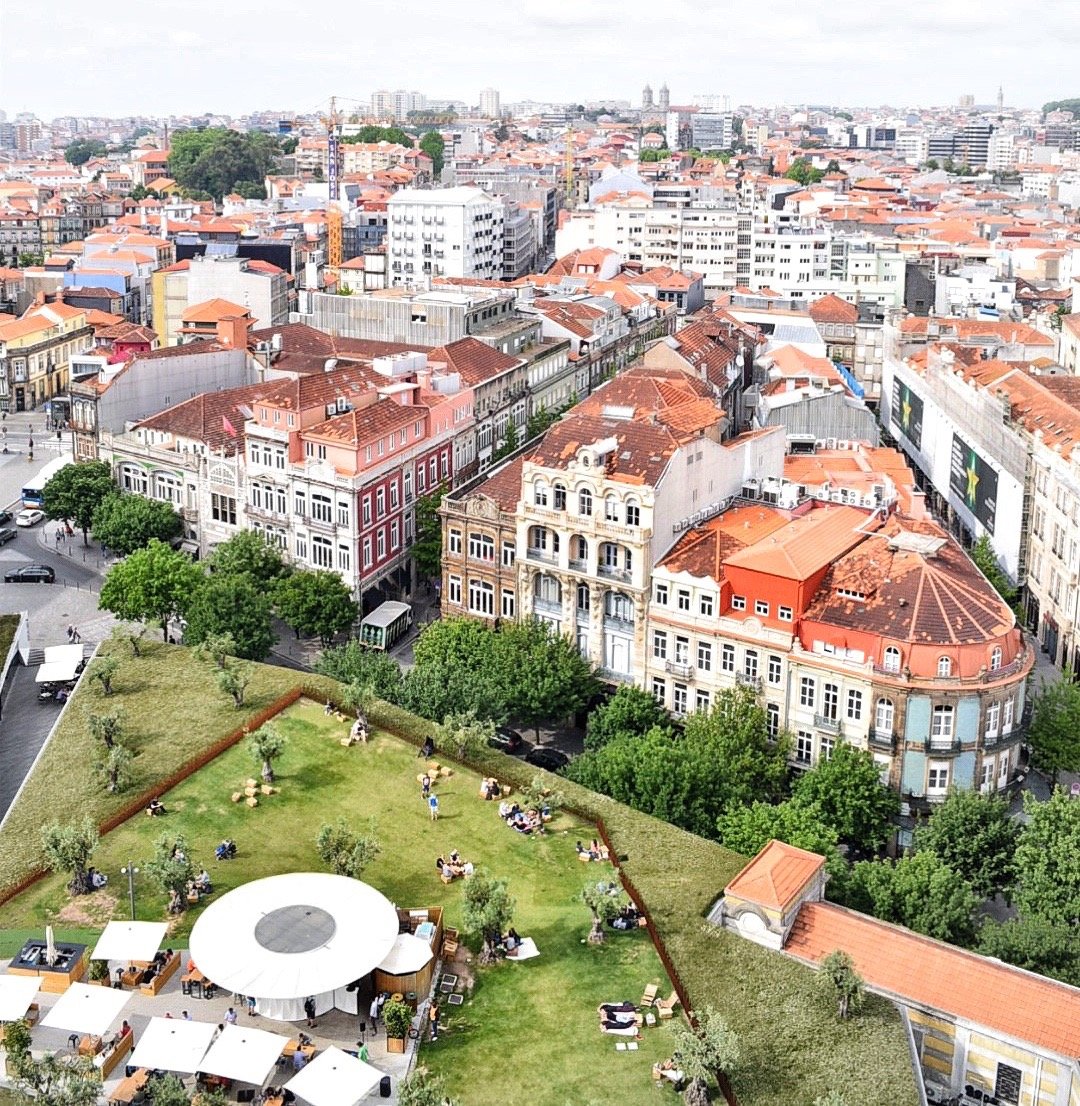 Clérigos church is beautiful on its own, but the 360-degree view from the top of Clérigos tower is unbeatable. The entrance fee is 4€ during the day and 5€ at night, making it an affordable option. Nonetheless, be prepared, there is a bit of a hike to the top, and the staircases can be quite narrow. 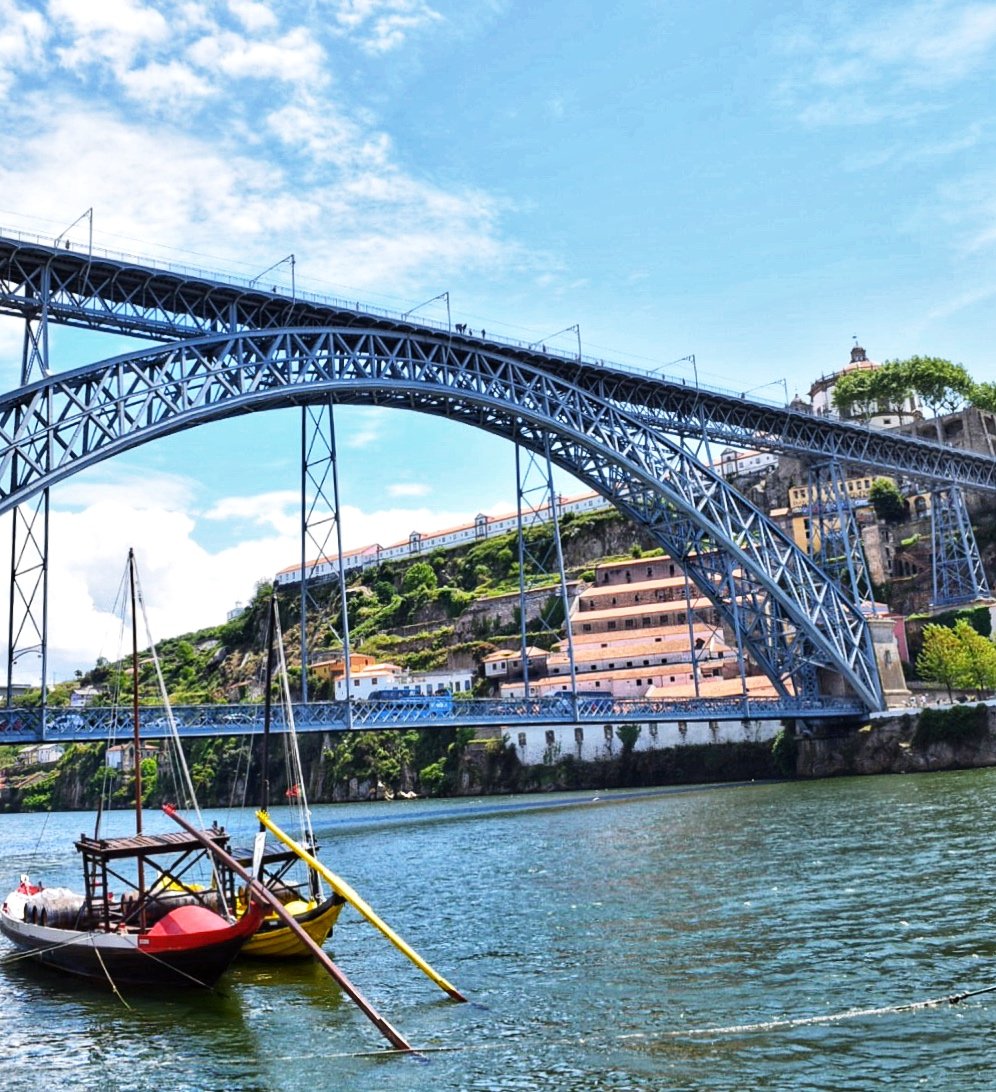 I previously mentioned Dom Luís I Bridge along with the Ribeira district. However, it deserves its own photo spot! One of this bridge’s most striking features happens to be its two levels: the top-level now serves as a pedestrian walkway, while the bottom level carries road traffic. For a romantic evening, you could even take a stroll along the bridge at sunset. However, this isn’t advisable for those afraid of heights, considering that the walkway rests approximately 190 ft above the water! 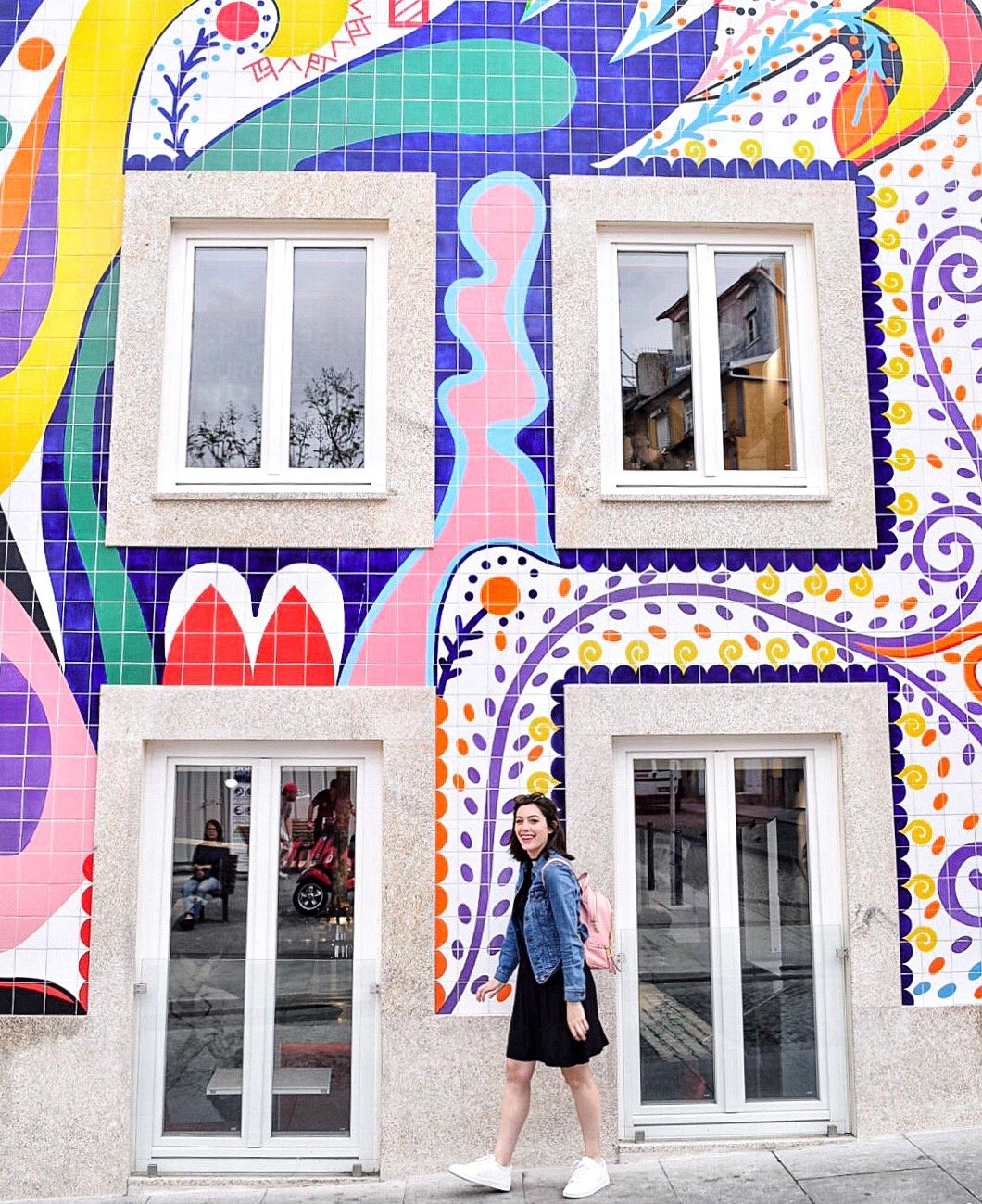 It feels bizarre to put a Steak ‘n Shake on the list, but how could I help it with this mural?! This art piece was completed at the beginning of 2017 by Joana Vasconcelos. In its entirety, the wall is covered with 8,000 hand-painted tiles, creating a colorful sensation in historical Porto.

Check out my favorite Porto travel guides below. Click the book cover to see inside! 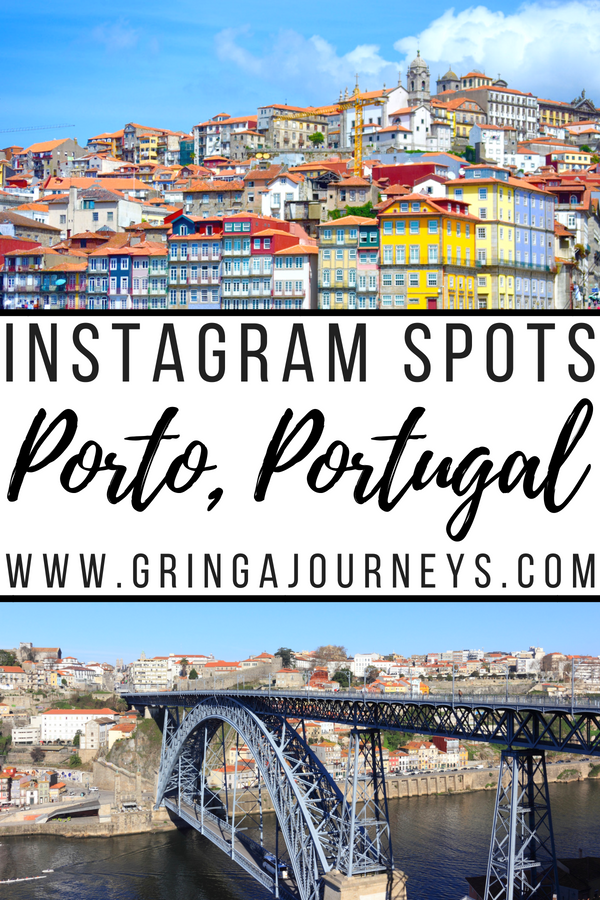 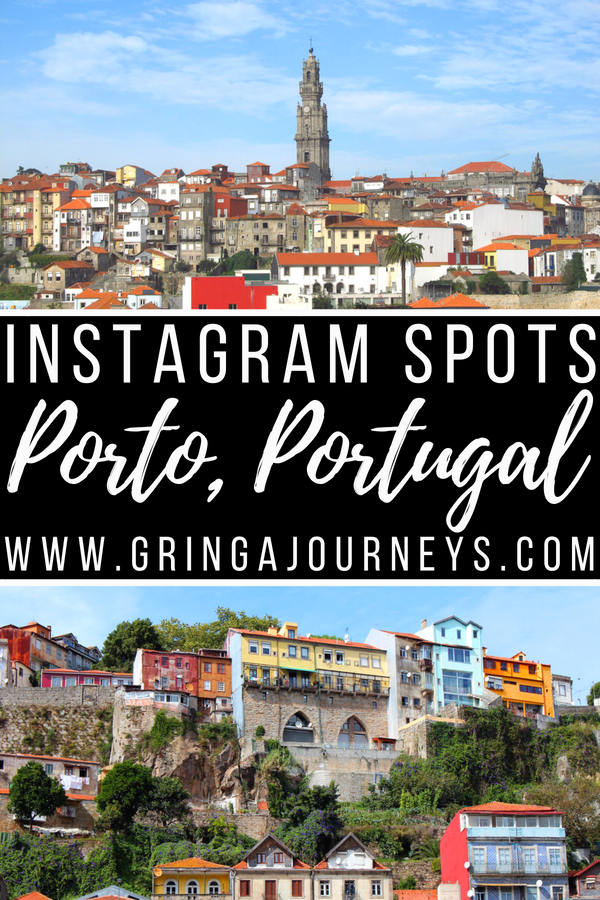 These are some amazing pics! Cannot wait to check out Porto myself next week. Hopefully the weather will also play along so I can take some nice pictures :D