With attractions such as Easter Island, Torres del Paine, and San Pedro de Atacama, there’s no doubt that Chile is on most travelers’ bucket lists. So, if you’re hoping to travel to Chile soon, check out my things to know before visiting Chile to make sure your trip is a success! 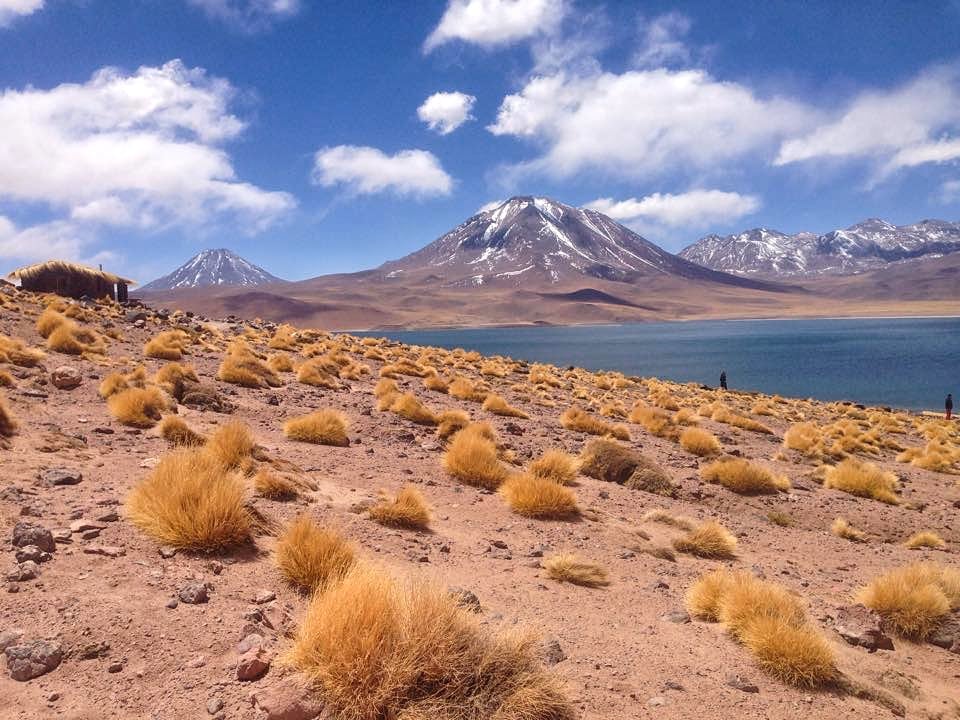 I think that after traveling Europe, I had this picture in my head of how my exploring in Chile would go. I’d work during the week, and then on the weekends, I’d take trips within the country. However, it didn’t exactly happen this way. In reality, if you’re based in Santiago, it’s kind of hard to get to other areas of Chile on the weekend because they’re just too far away. This doesn’t mean you’ll never see them. You’ll just have to wait until you have more extended periods for a vacation!

2. You don’t need a visa to travel to Chile

This is one of the most important things to know before visiting Chile. As a U.S. citizen (as well as citizens of the E.U.), you won’t need to acquire a visa or pay a fee to enter the country. In fact, you’re permitted to stay in Chile for 90 days (3 months) at a time on a tourist visa. Nonetheless, many people who want to stay in Chile for longer will either extend this visa for another three months or just leave the country and come back. Many times, expats will cross the border to Mendoza, Argentina, for the weekend and come back.

3. Chilean Spanish is not the Spanish you learned in school 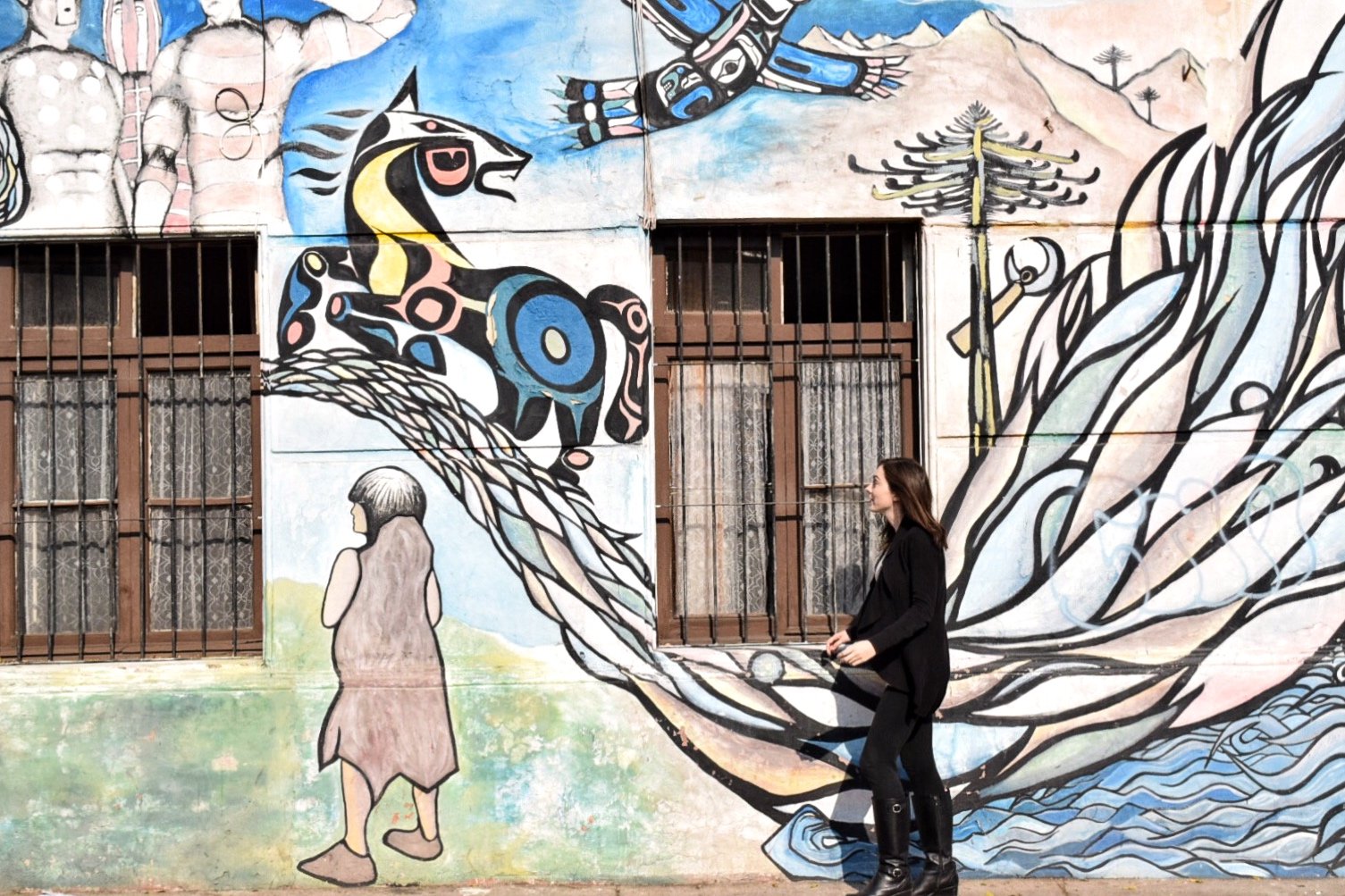 Students traveling to Chile to learn Spanish tend to be frustrated that it’s not exactly the same as the Spanish they were taught in high school. Yes, you’ll have to learn to use phrases like ¿cachai? and weon and maybe you’ll even start to conjugate verbs differently. Nonetheless, I promise that the Chilean dialect is not as difficult as everyone makes it out to be. Moreover, once you get the hang of it, it’s actually kind of fun.

All I need to explain here is that the northern part of Chile is a desert, while southern Chile is Patagonia. You know, the snow-covered mountains? If you were to check the weather for San Pedro de Atacama and then Puerto Natales (like I just did), you’d notice a massive difference in their highs for the day. When planning a trip to explore the whole of Chile, pack for extreme variations in weather.

5. Meals are much later than you’re used to 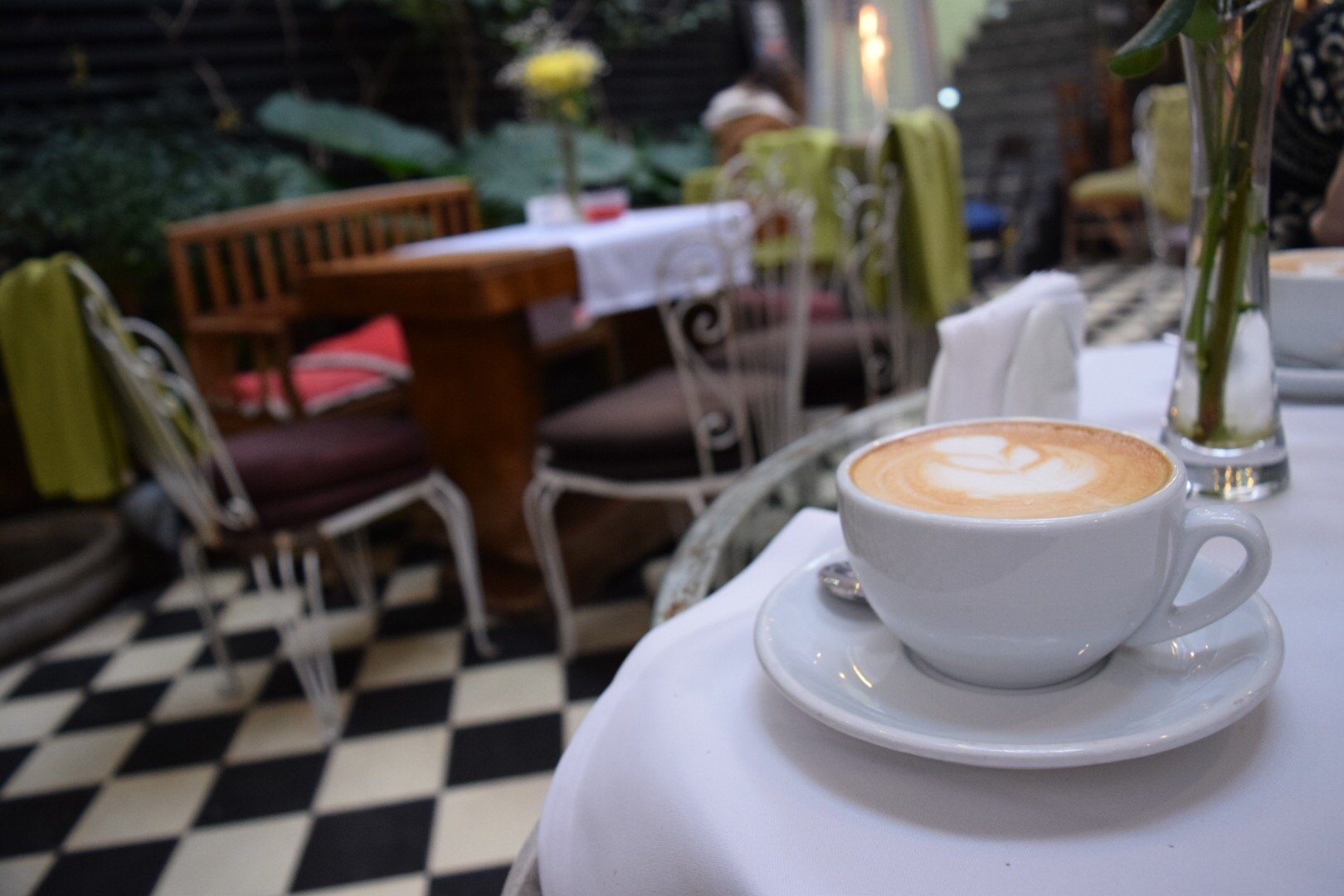 Look, I’ve always known that Americans are supposed to eat larger quantities than other countries, but who knew that we eat our meals so much earlier than everyone else? In Chile, finding a place to eat lunch at 11:30 isn’t a thing. In fact, most restaurants won’t open for lunch until about 1 P.M. Oh, and dinner? It’s not at 5 o’clock.

Being from the Southeastern United States, I’m not used to them. To be honest, I don’t even remember having felt one before I moved to Chile. Nonetheless, I remember my first Chilean earthquake vividly. I was terrified upon feeling the movement under my feet, but the Chileans around me weren’t even reacting and told me it was just a “temblor”. When visiting Chile, know that the country is 100% equipped to deal with earthquakes (and tremors). Frequently, earthquakes that would be considered to be large-scale in other countries barely do any damage in Chile. So, if you happen to experience an earthquake in this country, my advice is to look to the locals and follow their reactions.

7. Chile might not be as cheap as you’d think 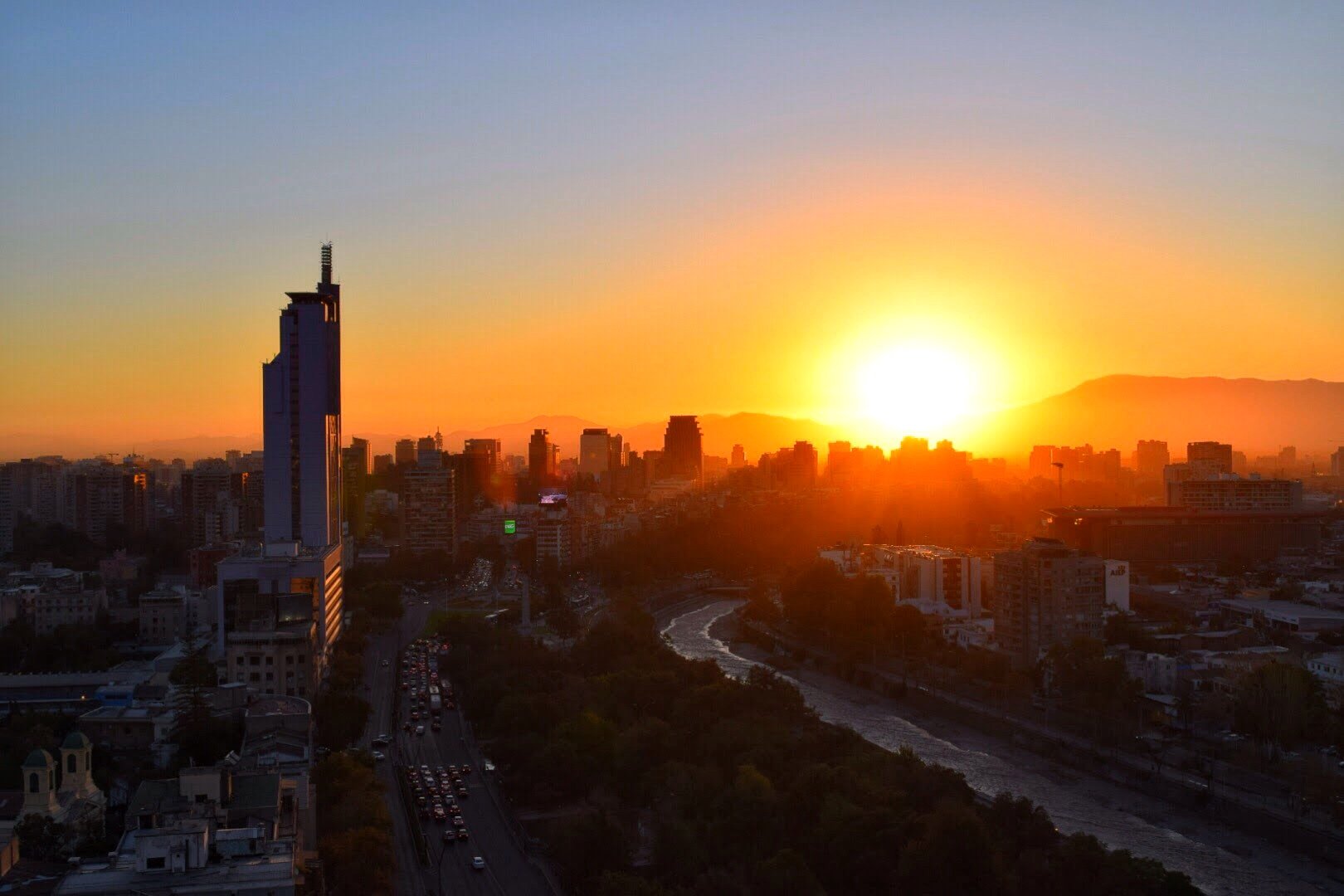 While I still believe that Chile is less expensive than Europe, I’ve also noticed that foreigners often have a misconception about all of South America being cheap. Among the top things to know before visiting Chile, know that this generalization is not always true, especially in the case of Argentina and Chile. Keep in mind that, especially in Santiago, it’s the capital of the country, and it houses approximately 1/3 of the entire country’s population, so expect it to be expensive.

Check out my favorite Chile travel guides below. Click the book cover to read inside! 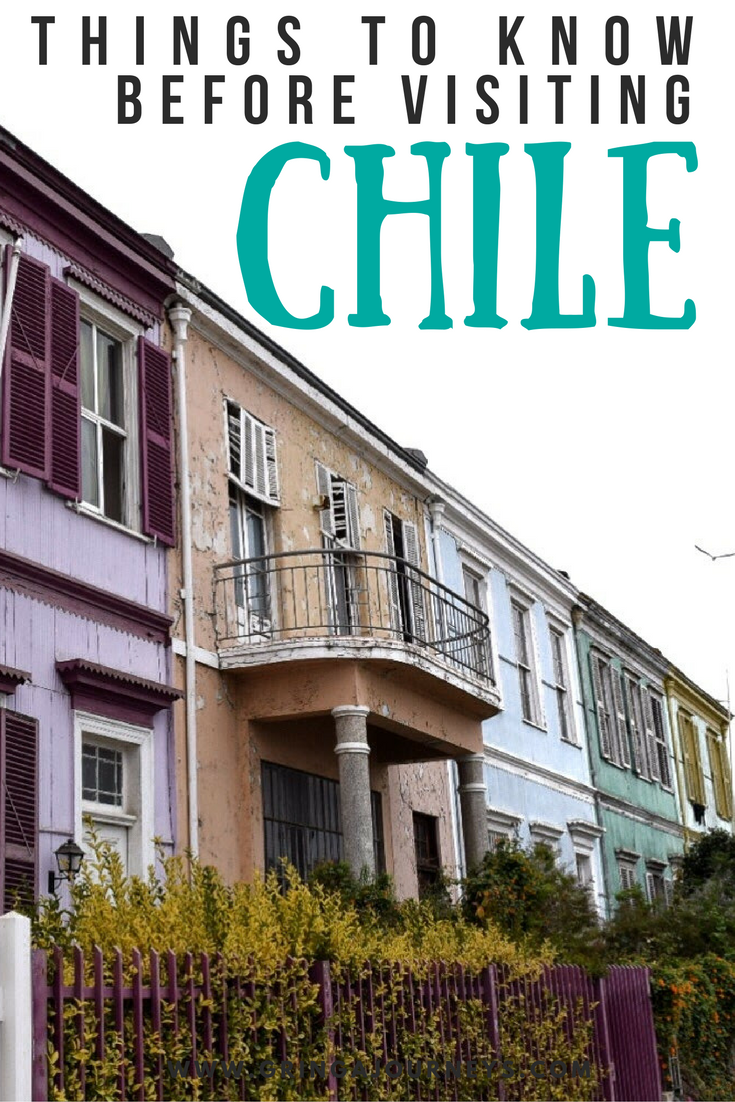 Great article and amazing tips! Thank you for sharing all this information with us. Chile is an amazing country to know, with a variety of landscapes to fall in love with.

Thanks for your posts! I'm going to Chile in November and cannot wait! So very excited :)

November is a great time to visit! You're going to love it :)

Thank you! I’ve followed your account and may ask you questions in the future. Much appreciated!

Hey Leah, I’m 22 and moving to Santiago in 2 weeks. I will be working as an English teacher. I’m a bit nervous because my Spanish is intermediate, and I accepted this job offer last minute. I’m an avid traveler myself, but I know nothing about Chile! Do you have an Instagram I can follow? I’d love to get some advice. :)

Hi Mary! Yes, I do. You can follow me on Instagram at @leahshoup. Please feel free to reach out for advice!

Your article was very helpful, I will be traveling 25th of February for two weeks. Thanks for the useful tips!!