I’m an East Coast girl, born and raised. So, when planning to trip to Los Angeles, I felt both clueless and overwhelmed. I mean, you don’t get a name like the City of Angels or the City of Sunshine for no reason. There was so much to see and so little time! To my delight (and relief), I found the Hollywood Hotel. Due to the hotel’s central location, I was able to fit in as much as possible on my four-day trip to LA.

The Hollywood Hotel is located in the District of Hollywood in Los Angeles. It’s also between the “hipster” neighborhoods of Los Feliz and Silverlake; both hubs are known for their amazing restaurants, boutiques, and night clubs. When it comes to overall value as a guest, the Hollywood Hotel is undoubtedly the best accommodation in the city. With its central location and 130 comfortable guest rooms, this hotel does everything it can to make you feel like a movie star. 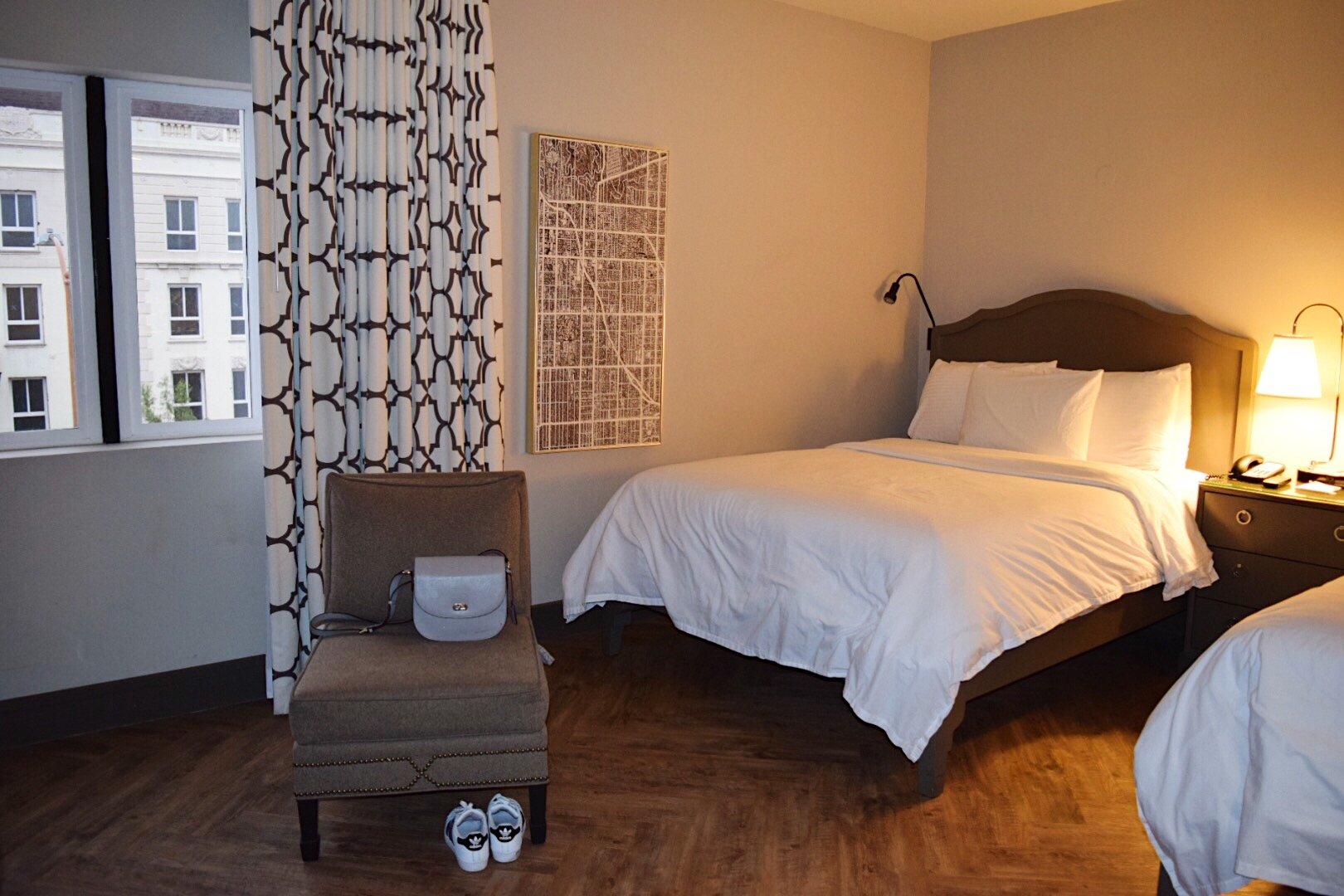 I started each day with the hotel’s complimentary Hot International Buffet Breakfast. Let me tell you: this has to be one of the best hotel meals I’ve ever had! With omelets made to order, waffles, fruit, and coffee galore, there’s something for even the pickiest of visitors! After breakfast, I often headed up to the concierge to ask about making plans for the day. The staff was always willing to book tours for us, suggest places to eat, and help us reach popular sites on our LA bucket list. 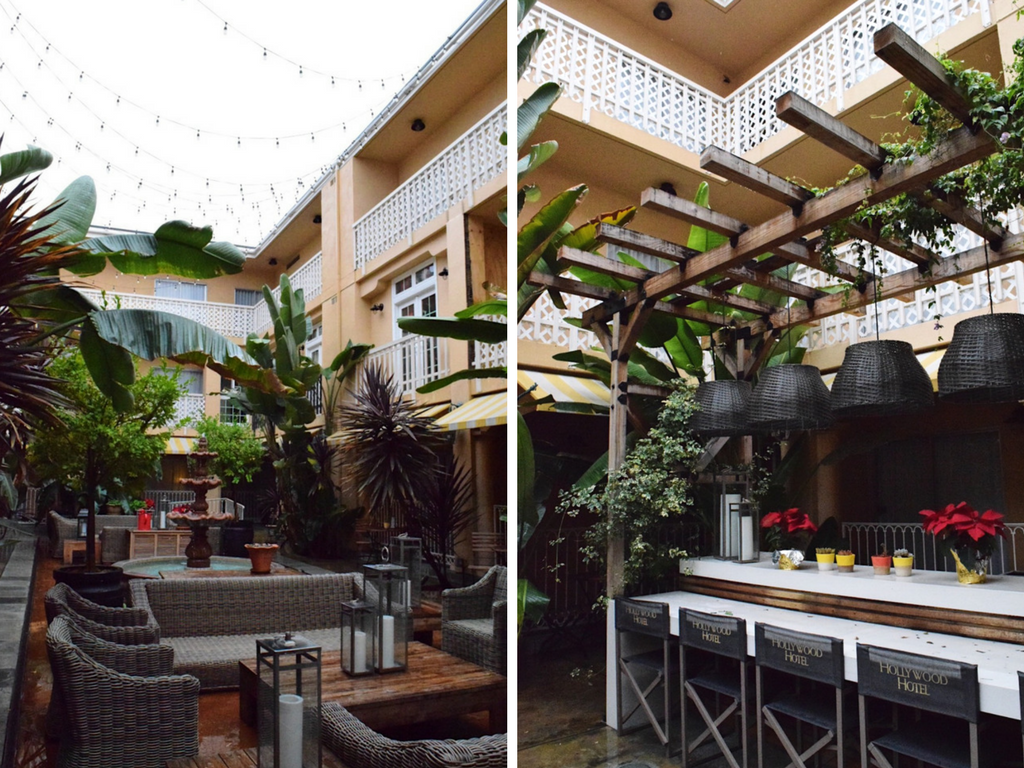 The hotel’s amenities include a spa, sauna, fitness room, pool, and an adorable patio. Unfortunately for me, I came to LA during a rainy weekend. Nonetheless, the outdoor patio was still my favorite part of the Hollywood Hotel. I mean, look at it, it’s dreamy! Although the hotel is located in an urban area, this Mediterranean terrace will briefly transport you to paradise. On a sunny day, many guests will choose to work and relax in this area. Guests are also invited to meet on the patio for a cocktail hour in the evening.

If you’re in Los Angeles during a bit of rain, the Hollywood Hotel has just the fix! You won’t even need an umbrella to hit the Comedy Club or dine at the 1160 Bar & Lounge, both located on the lower level of the hotel. Between these two activities, you’ll feel like you’re back in the Casablanca era of Hollywood. 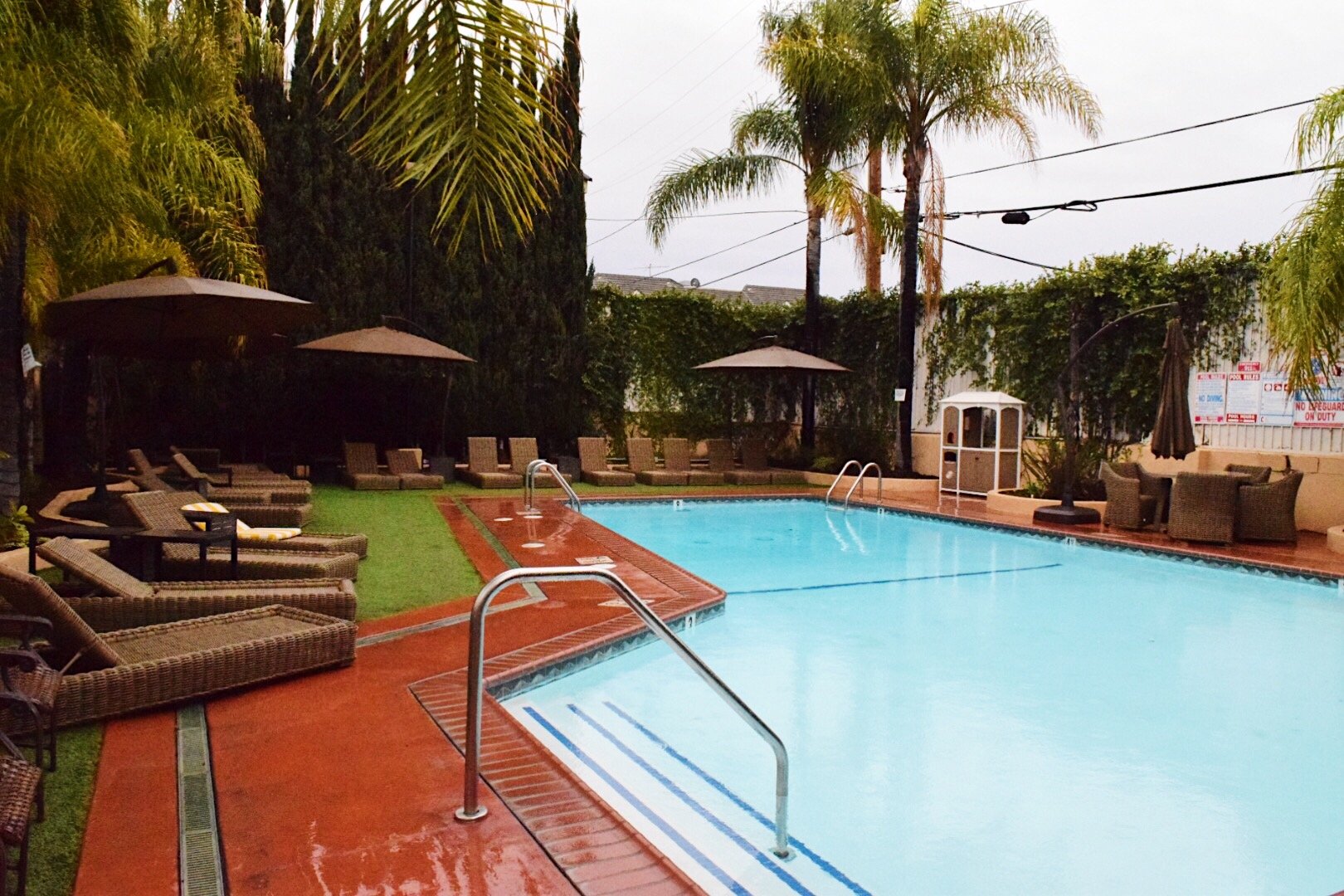 If you’re a coffee addict like myself, you’ll be happy to know that there are tons of adorable cafés nearby. You can also find darling brunch spots and all varieties of delicious restaurants. Even Sunset Boulevard, one of LA’s most famous streets, is just around the corner. Here were some of my favorite one-of-a-kind eats and activities close to the hotel:

The Hollywood Hotel was the perfect introduction to Los Angeles. Even in the rain, I couldn’t have imagined a better weekend in La-La Land. I can’t wait to have another opportunity to return to California (and hopefully the Hollywood Hotel, too!) in the future. 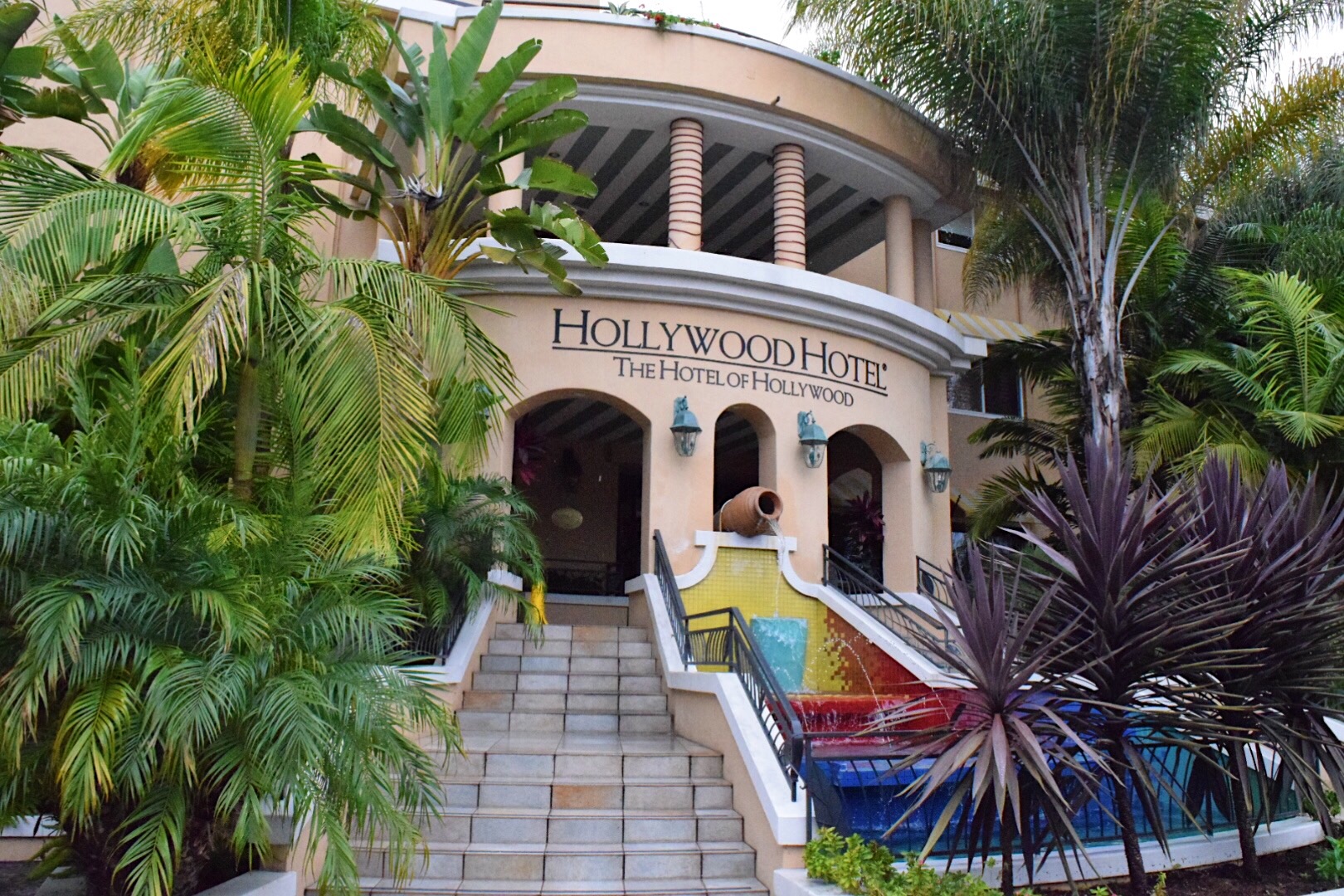 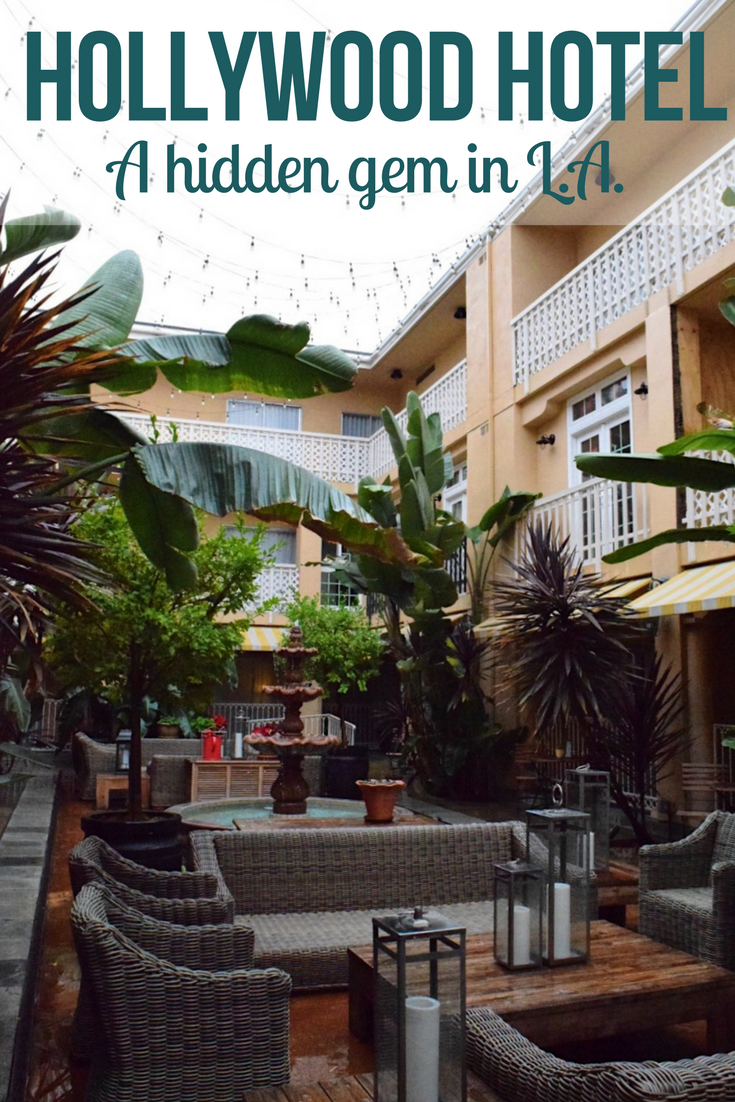 What a gorgeous hidden gem! Will definitely check this out on our next trip to LA! We stayed in apartments just off HollyWood Boulevard so it is a great place to get a hotel around!

That is such a cute boutique hotel! There is so much to do and see in Southern California. On my travel list!

This hotel looks amazing! I love that they have complimentary breakfast, and that the breakfast sounds so delicious! Typically when hotels have complementary breakfast, it is just toast and fruit. Definitely nothing like omelettes or hot foods. I would definitely consider staying here if I'm in LA.

What a lovely place to stay! This looks like a perfect place to relax, and the location is incredible! WiIl definitely keep this place in mind for my next visit to LA. :)

That looks like a great hotel. The patio area and pool area look great. It sounds like it's in a great location for exploring too :-)